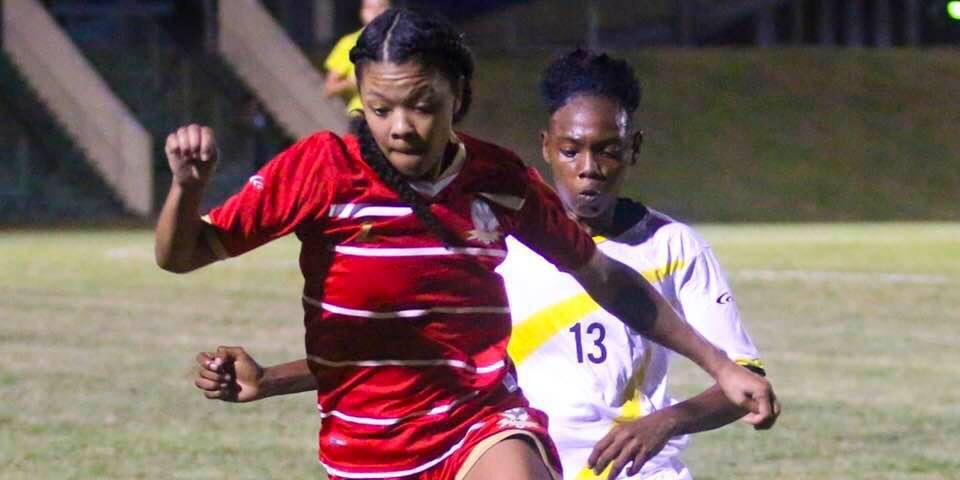 Basseterre, St. Kitts, November 25, 2021 (SKNFA) — She is one of two St. Kitts and Nevis women players playing professional football in Iceland. At just 26, Brittney Lawrence has developed a colorful career representing St. Kitts and Nevis and at the club level.

As a striker, her international career for St. Kitts and Nevis is quite impressive. For the 2020 season, for example, she represented the Federation six times in Concacaf Women Qualifiers and scored four times. In 2018 she appeared in two matches scoring three goals. In both seasons she scored seven goals in eight appearances clocking a total of 712 minutes; an impressive strike rate.

On a club level, Brittney played for Skoftebyns IF in Sweden in 2019 before earning an opportunity to play professional football in Iceland. In college sports, Brittney played for Oral Roberts University in the US where she was named in a First Team All-League selection. She started in 20 matches for the ORU Golden Eagles at the forward position and scored a team-high 10 goals on the season. She was named Summit League Player of the Week three times scored multiple goals in three games, tallied four goals in consecutive shutouts over Omaha and Denver from October 25 to November 1, 2015, and shot 40 times on the year with 27 on target for a .675 shot percentage. She scored three game-winners on the season and was not carded in 1200 minutes of action. The SKNFA salutes Brittney Lawrence.