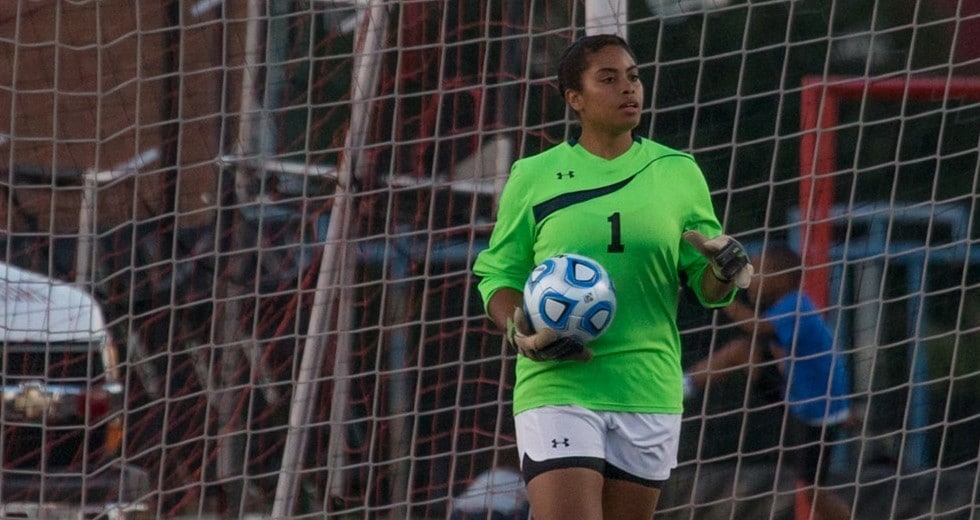 Basseterre, St. Kitts; November 25, 2021 (SKNFA) — With eight caps for the Senior Women’s National Team, Kyra Dickinson plays in the not so coveted position of goalkeeper.  She is a Canadian-born Saint Kitts and Nevis footballer who also plays as a goalkeeper for Master’s Futbol Academy, commonly known as Master’s FA, a Canadian semi-professional football club based in Scarborough, Toronto, Ontario.

The high point in her international Career came in the Caribbean stage of the 2020 Olympic Qualifying, where she conceded only two goals in four appearances. With that performance, she helped the Sugar Girls to top Group A of that stage of the competition with three wins and a draw.

Kyra is 28 years old from Charlemagne, Quebec, and started her youth career with Heart Lake Secondary School before making 34 appearances for her the Howard Bisson in her college career at the storied Howard University.