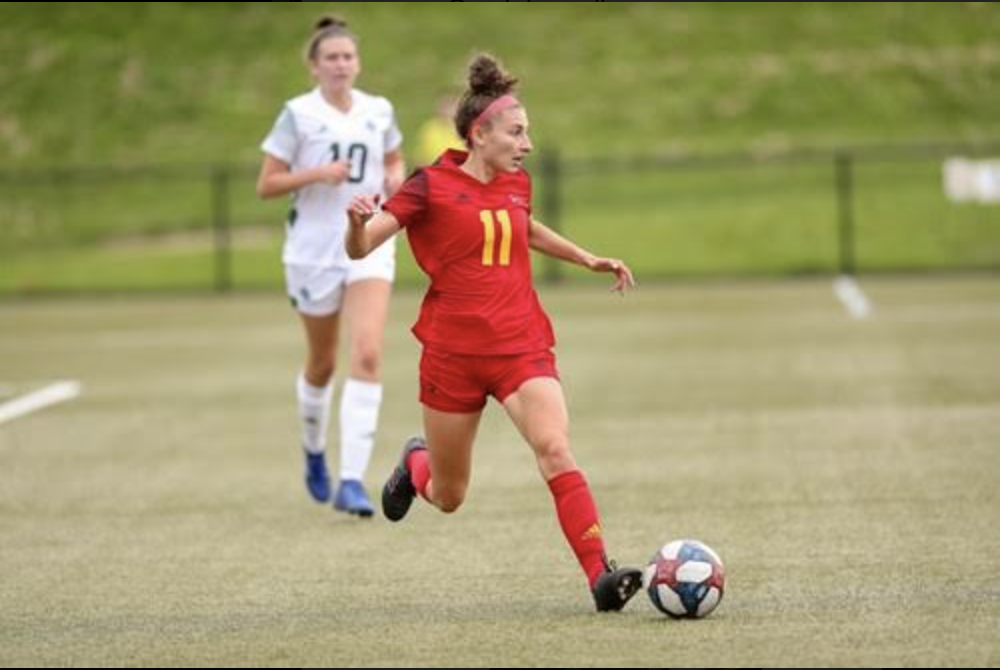 BASSETERRE, St. Kitts, November 17, 2021 — Let us congratulate our very own Cloey Uddenberg on being selected OUA West Women’s Player of the Year and Rookie of the Year in Canada. In her first season of on-field action in OUA women’s soccer, Cloey Uddenberg quickly established herself as one of the most dynamic centre midfielders in Canada.

The Richmond Hill, Ontario native, who is currently in her second-year at the University of Guelph studying bio-medical science, played almost every minute of every game for the Gryphons women’s soccer team in 2021, helping lead the team to a 6-2-2 regular-season record and a berth in the OUA playoffs as the No. 5-seed in the conference. Uddenberg, who will turn 19-years-old on November 13, quickly emerged as the engine in the Gryphons midfield, showcasing an elite level of fitness throughout the season to go along with tremendous technical skills on on-field vision en route to taking home not one, but two of the major awards in the OUA West as the division’s Player of the Year and Rookie of the Year.

Uddenberg becomes just the second Gryphon to take home OUA MVP honours, joining former All-Canadian Victoria Hinchliffe who did so in 2018. Uddenberg’s Rookie of the Year honour marks the second consecutive season in which a Gryphon has been named OUA West Rookie of the Year, following in the footsteps of teammate Kate Knafelc who did so in 2019. Uddenberg is expected to take part in CONCACAF Women’s World Cup Qualifying where she will suit up at the international level with the Sugar Girls.