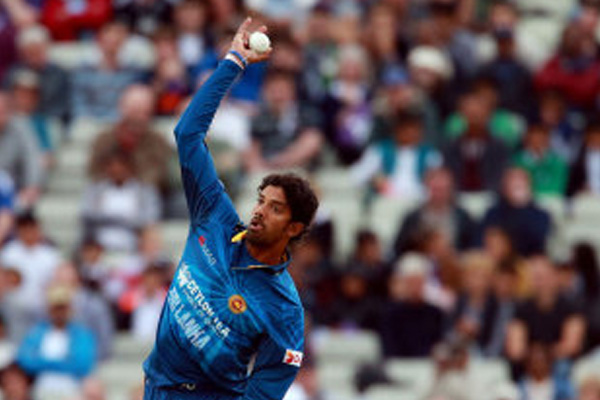 Sports Page — Anyone who thought that Sachithra Senanayake being reported to the ICC for a suspect bowling action might be a cue for Sri Lanka to excuse him from duty, and the added attention it would bring, did not reckon with the player himself. Figures of 1 for 36, including the wicket of England’s top-scorer, Alastair Cook, were just one thread of Sri Lanka’s series-clinching six-wicket win but, by running out Jos Buttler while the batsman was backing up, Senanayake ensured that the narrative would be wound around him.

Mahela Jayawardene and Lahiru Thirimanne scored half-centuries as Sri Lanka kept cool in an atmosphere that was simultaneously heated and damp. England’s bowlers, in particular James Tredwell and James Anderson, managed to ratchet up the asking rate but some business-like thumping from Angelo Mathews, who had to contend with a commentary from the fielding side over his role in Buttler’s dismissal, sealed victory and another fortifying series triumph ahead of the Tests.

Mathews had earlier expressed his disappointment over Senanayake’s situation – he is required to undergo biometric testing within the next 20 days – but Sri Lanka’s capacity for turning adversity in their favour is well known. A comparable incident came during the triangular Carlton & United series in 1999, when Arjuna Ranatunga led his players off at Adelaide Oval after Ross Emerson no-balled Muttiah Muralitharan for throwing. England were again on the losing side, Sri Lanka chasing down a target of 303 with one wicket and two balls to spare.