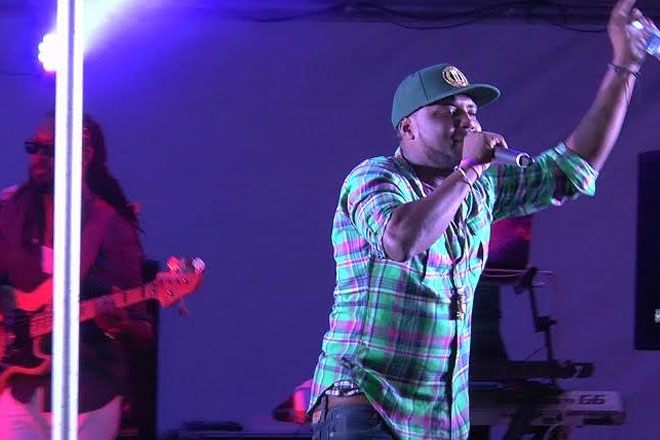 (ZIZ News) — Local soca artistes took centre stage on Friday night, all competing for a spot in the Finals of the Sugar Mas Soca Monarch Competition.

15 Groovy singers and 13 Power singers battled it out at 17 Degrees…each hoping to advance to the Finals.

Notably absent were the reigning Groovy and Power Kings Sugarbowl and Mr. Bagnall, who chose not to take part in the semi-finals.

However, K-Jah and Mr. Hype who previously said they would not take part, took to the stage in their respective categories.

He told ZIZ he was impressed with the show, particularly the turnout.

“The accountant has told me that we easily trickled over 450 people. With respect to the participants, for the Groovy section we had 15 performing and we had about 13/14 for the Power,” he said.

He also described the competition as “keenly contested”.

He said they are expecting, at minimum, nine artistes to go through plus the King, adding that “because of the decision we made earlier with respect with balancing the number that would have performed in Culturama, and those to be bumped up, it may be more than 9 but we’ll have to go back to Chambers and decide.”

He said now they are looking towards the Finals and a new competition that takes place a few days later.

“One of the surprises that we’re gonna have, an introduction for this year, is the fact that the Groovy King will be challenging the Power King and that takes place on December 30th on the show where the Best of the Rest and the Female Calypso will be combined,” he said.

The Cable Groovy and ZIZ Power Soca Monarch Finals will be held on the 23rd of December at the Sugar Mill at Port Zante.