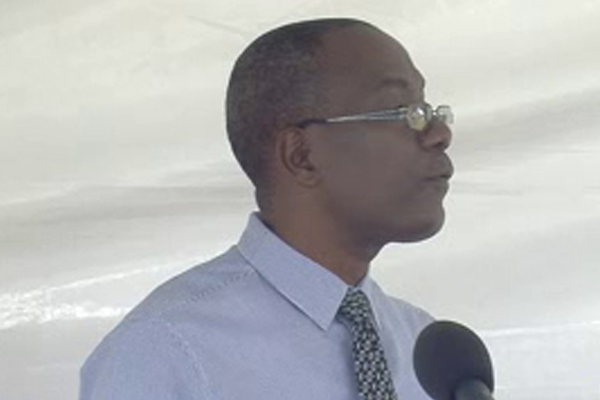 On Thursday morning, representatives from the Ministry of Public Works and its partners gathered opposite the Eastern Caribbean Central Bank [ECCB] for the launch of phase one of the South East Peninsula Road Resurfacing Project.

The Road Resurfacing Project entails areas from the ECCB Roundabout to Major’s Bay at the end of the South East Peninsula.

Director of the Public Works Department Cromwell Williams presented an overview of the project and revealed that it will cost EC$21 million and span across a one year period.

The project officially got underway in 2013 and will be extended to include roadways from the Pelican Mall along the Bay Road, into Sand Down Road and along Pond Road.

“Under this overall project, we have actually completed several components such as improvement of drainage at the Marriott Roundabout, resurfacing of the Cockleshell Bay Road, upgrading of drainage along the Sand Down Road and Pond Road, the construction of the brand new roundabout at the intersection of Kim Collins Highway…and the Frigate Bay Road and Bird Rock Road, the construction of a tunnel at Timothy Hill which is ongoing and finally, we are about to start the main and final component of this project which is the actual resurfacing and rehabilitation of the main stretch of road,” Williams explained.

The Sir Kennedy Simmonds Highway was constructed in the late 1980s/early 1990s.

Desmond Lewis of Surrey Paving and Aggregate Limited and Martell Lee of ADeB Consultants Limited were among the other dignitaries present at the launching ceremony of the Sir Kennedy Simmonds Road, also known as the South East Peninsula Road.