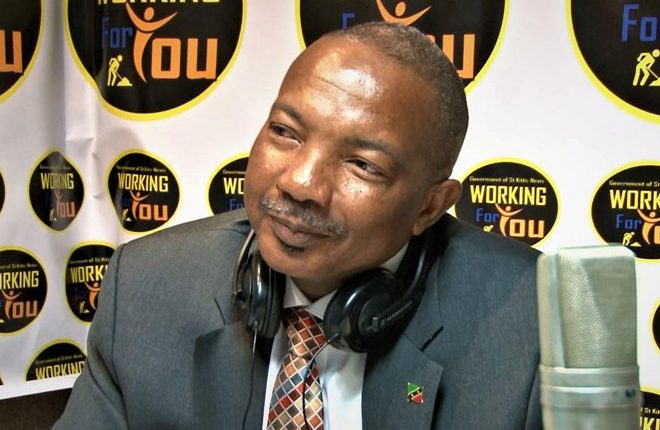 Basseterre, St. Kitts, June 08, 2017 (SKNIS): Speaker of the National Assembly, the Honourable Anthony Michael Perkins, has envisioned the use of technology in upgrading the infrastructure of parliament during his tenure.

Technology will play an integral role in the way forward, said the Speaker of the House, speaking on this week’s edition of “Working for You.” He proposed the use of Hansard, which will record everything that is said and done at each sitting.

“We are doing our research now on procuring the necessary equipment to upgrade how we do things in parliament,” he said. “It is quite a stressful job on the stenographers in terms of their translation. So, in terms of Hansard, microphone and recording systems and general technical equipment can be used in parliament.

Speaker Perkins revealed that there are plans underway to house parliament in a new building.

“We have already started discussions on a new parliament building and we are aggressively seeking to find a site for it,” he said. “We have a few options at hand and that will be something I’ll be working on along with the support of all to bring to fruition as quickly as possible.”

Currently, each sitting of parliament takes place at Government Headquarters.

The conduct of individuals in parliament is paramount to what the speaker envisions for the House.

“I am hoping that I would see a lot of improvement from certain members of parliament,” he said. “Yes, we can have our lively and robust debates, but let decorum prevail.”

During the interview, the speaker emphasized that it is important to uphold a certain decorum during each sitting. He explained several of the rules that each member should follow.

In response to a caller, who commented on the sittings getting worse, Honourable Perkins said that if it were to happen it will be short lived. “I can promise that,” he said.

Honourable Perkins said that he does not see his role as too challenging, but the level of disrespect can be seen as such.

“Without that we can have some pretty good lively debates in parliament,” he said.

The speaker said that he deals with the standing orders and the rules and looks pass the question of the motives of any member.

“Because if I tend to focus on why certain things are happening, why a certain member is behaving a certain way, I would get distracted from the job at hand,” he explained. “So, I will stay focused on presiding as fairly and as transparently as I can, and in accordance with the rules and the standing orders. All other things are extraneous in my opinion.”