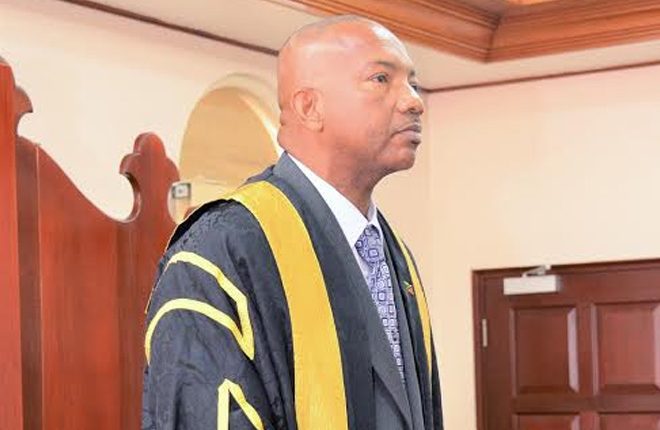 (ZIZ News) — Speaker of the National Assembly, the Hon. Michael Perkins, has rejected a Motion of No Confidence brought by the Opposition criticizing the Speaker’s behaviour.

During Friday morning’s National Assembly, the Speaker responded to claims that he gave preference to certain speakers and tried to block specific members of parliament from speaking.

During his ruling on the motion, Speaker Perkins was interrupted by members of the Opposition and eventually asked Opposition Leader, Right Hon. Dr. Denzil Douglas to leave the House of Assembly.

Dr. Douglas responded that he was already on the way out. Other members of the Opposition left with Dr Douglas.

After the Opposition’s departure the Speaker ruled that the motion brought by Douglas questioning the impartiality of the speaker is “out of order” and is closed.

He ended by saying that any motion once properly filed and in good order will be heard in the House of Assembly.