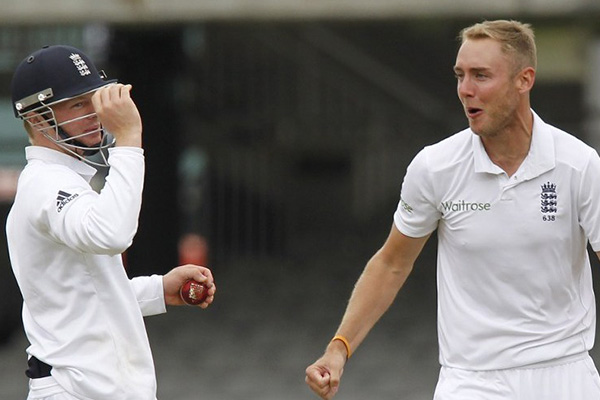 There have been few finishes to a Lord’s Test, perhaps any Test, as dramatic as this, few climaxes that boiled up from such an unpromising position. After the penultimate ball of the match, and Stuart Broad in full flow, England’s fielders converged in jubilation, convinced they had completed a footslogging victory with seconds to spare.

But in their excitement they had overlooked one thing: Sri Lanka’s last man, Nuwan Pradeep, might be a batting novice, but he knows how to signal for a DRS review. Broad heard only the thwack of a fullish ball on pad. But rarely has the top of a bat been patted so defiantly. Replays revealed a thick edge, missed by the umpire Paul Reiffel.

Broad summoned himself for one last effort and found Pradeep’s edge again, this the outside of the bat; it scuttled inches short of second slip. Their sighs were audible. England’s hard slog was unrewarded; Sri Lanka could escape to Headingley for the second Test with the series still 0-0. And if the BCCI can watch such a finish and even now, still insist, hand on heart, that their series against England will be better for no DRS then they will have defied the ultimate argument in its favour.

As for the 17 overs lost in the match because of slow overrates – and faults lay on both sides – it is England who will rue that now.

That Pradeep had five balls in the last over to survive was a story in itself. Rangana Herath was Sri Lanka’s ninth man out, to the first ball of the final over – but he should never have walked. Herath’s bottom hand was off the bat when Broad struck the glove and Matt Prior took a leaping leg side catch, but he walked off as if oblivious to the Law, leaving umpire Reiffel with no chance to intervene.