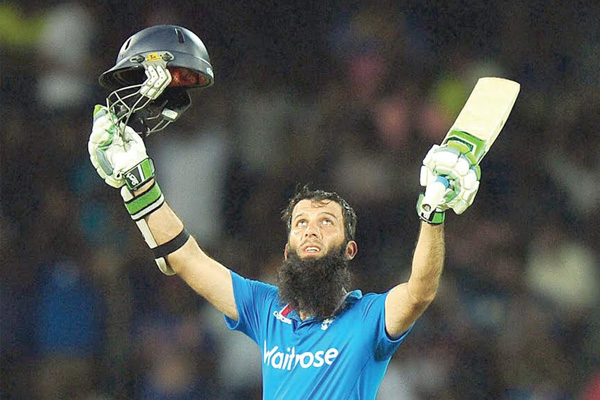 Sri Lanka hold on despite Moeen and Bopara

Sports Page — Moeen Ali produced an abundant one-day innings to raise horizons and rouse spirits, but it will take more than a one-man master class, however brilliant, to turn England into fancied World Cup contenders. Moeen clocked the third fastest ODI hundred in England’s history, but ultimately it was Sri Lanka whose 25-run victory gave them first strike in the seven-match series.

To surpass Sri Lanka’s 317 for 6, England would have needed to scale unsurpassed heights. They had never chased more than 306 to achieve victory; no side had won at the Premadasa Stadium with more than 286 to its name. Moeen’s 119 from 87 balls, the latest eye-catching performance in an outstanding start to his international career, kept the faith, but when he knocked back a soft return catch to Jeevan Mendis, sixth out at 203, England subsided.