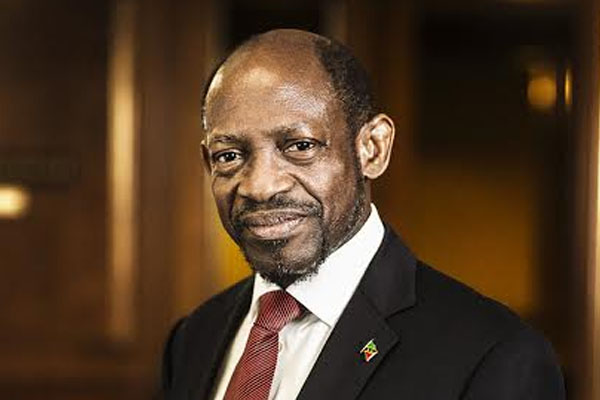 Basseterre, St. Kitts (CUOPM) — Parliamentary approval of the 2015 Budget in the St. Kitts and Nevis National Assembly last Friday gives the governing St. Kitts-Nevis Labour Party Administration the greenlight to “move forward unimpeded – transforming into reality the positive and dramatic advances outlined in the presentation, and building on the Government’s record of real, quantifiable, and undeniable progress.

Prime Minister the Rt. Hon. Dr. Denzil L. Douglas also said his Government continues to reduce the national debt and to achieve the Debt to GDP ratio of 20% by 2017, three years ahead of schedule.

Dr. Douglas noted that in a previous general election, one of the campaign slogans was “Progress, Not Promises.”

“Well, all of us in the Federation – whether we support Labour, PAM, CCM, NRP or any other grouping – know first-hand how consistently this Government has delivered – how impressively we have brought real and constructive change and how consistently we have created visible and substantive progress,” said Dr. Douglas during his weekly radio programme “Ask the Prime Minister.”

He told listeners that the Federal Government is continuing to move forward in this vein, fully focused working relentlessly and delivering.

“Responsible governments must work hard, yes, hard work by itself is not enough. There must also be the vision, the competence, the expertise, and the insight that make it possible to deliver as well. Without that, governments end up spinning their wheels but going nowhere – to the detriment and disappointment of the people,” said Dr. Douglas.

“We therefore thank God for his mercies and guidance because not only has my Government worked relentlessly on your behalf, we have, for example, approved some 15 construction-related projects that will inject more than US$570 million (EC$1.5 billion) into our economy, creating more than 3,000 jobs. Some of these you may be familiar with – like the refurbishing of the Kennedy Simmonds Highway, the creation of a tunnel at Timothy Hill in order to protect passersby from any threat of falling rocks, and so on,” said Prime Minister Douglas, who pointed out that the local economy grew by 3.8% in 2013 at a time when many countries in the region and around the world were experiencing real difficulties.

“In 2014, our economy is expected to grow by another 4.6 percent above that. We have a lot to be thankful for in this Federation. And this is not merely my assessment. The United Nations Economic Council for Latin America and the Caribbean (ECLAC) has declared St. Kitts and Nevis the fastest growing economy in the Eastern Caribbean and among the top in the entire Caribbean. This does not just happen. This is the result of insight, competence, and know-how,” said Prime Minister Douglas.

He recalled severe criticism of his government on the increase in the national debt and again indicated that it was necessary at that time for the advancement of the Federation.

“I assured you that our debt would be brought down. True to my word, our country’s debt is now down to 81% of GDP. And it is important to note that although financial institutions would like the countries of the region to have a debt to GDP ratio of 20% by 2020, St. Kitts and Nevis is on track to meet this target by 2017 – three years ahead of schedule. All of this is being done while keeping inflation low – 0.7% in 2013 and by June, we had reduced it even further, to 0.4%. Plus your Government is saving the surpluses that our hard work has generated for a rainy day,” Prime Minister Douglas explained.