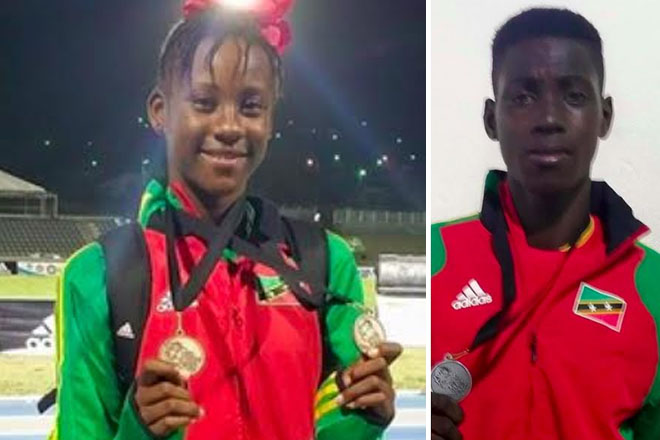 St. Kitts and Nevis Shines at Pan Am Youth Championships

(ZIZ News) — Two of St. Kitts and Nevis’ most promising young athletes made the Federation proud at the inaugural Pan American Youth Championships, held in Cali, Colombia from May 30th – 31st.

Jermaine Francis continues to prove that he is a major medal contender in the boys’ high jump event. He successfully secured the gold medal with a cleared height of 2.15 meters, which now ranks him third in the world in his age category.

Both Richards and Francis are among six other athletes from the Federation who have so far attained qualifying marks for the World Youth Championships and the Commonwealth Youth Games, later this year.

Both athletes will be on display at the 2015 National Youth, Junior and Senior Championships scheduled to be held at the Kim Collins Athletic Stadium from June 13-14.