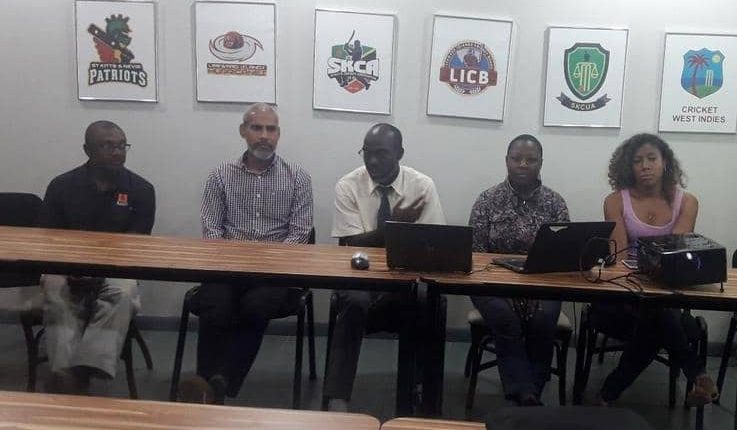 The 2022 meeting was held in a hybrid format where several persons were present at Warner Park and others in a virtual space, and that did not stop all of the
incumbent representatives from being returned to office.

Watkins Chiverton was returned unopposed as the President of the SKNTA, while Walwyn Chiverton was unchallenged as the Vice President. Neil Owen remained the Treasurer of the Association and Lizbeth Burrell was  supported for the role of Assistant Secretary.

There were three new additions to the Executive, with Ludis Francis, Shaquan Hodge and Mashanda Nisbette, as their nominations were unchallenged and, as such, voted into their new positions. Nisbette assumed the position of Secretary, while the other two were elected to Executive positions.

President Chiverton pointed to the continued development of juniors, the second staging of the World Junior Tour J5 Tournament on St. Kitts and Nevis, and the push for a home and national facility were several of his aims and that of the  Executive.

“The past two years have been a challenge for the sport locally owing to the pandemic, but we worked through those and have been able to continue working on
developing the next generation of players. Our mandates for the next two year have changed and those will be our focus as we continue to focus on the future and
placing St. Kitts-Nevis back on the tennis map,” noted President Chiverton.

This year will see the return of the International Tennis Federation (ITF) J5 Tournament, which will be extended for two weeks. As part of extending the sport to
the communities and within the schools, the Tournament Planning Committee, Executive Members and the Tournament Director have all agreed to host one week in
Nevis.

“We have seen the success of hosting the tournament in 2019, and the interest shown by those who attended, and the support we received from some in the business community. We will be setting up a meeting with the Nevis Island Administration on staging the first week of the tournament in November on the island,” he said.

“We want to also spread and develop more interest in junior tennis on the island and developing club level engagements.”

The new Executive will also seek to continue fostering a positive relationship with its counterparts across the region to further enhance the sport and players locally.