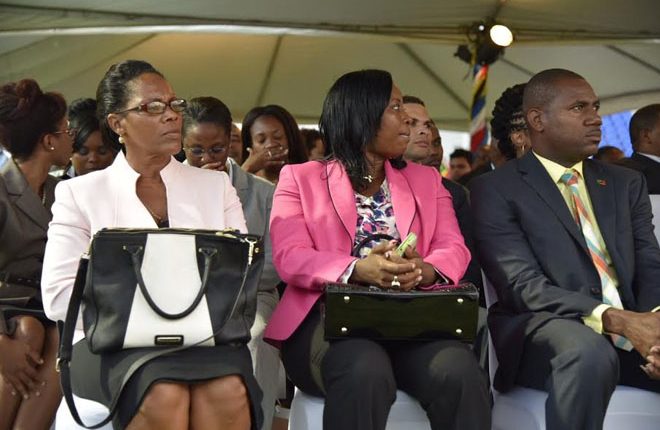 Basseterre, St. Kitts (SKNIS) — St. Kitts and Nevis Minister of Youth, the Honourable Shawn Richards is engaging in discussions with counterparts from across the region on ways to empower youth and draft strategies to promote this agenda.

The interactions are a result of the Caribbean Region Commonwealth Youth Ministers Meeting being held from April 28-30 in Antigua. It is being attended by ministers of government and other senior public officials and youth leaders. As such, Minister Richards is supported by Director of Youth Geoffrey Hanley and CARICOM Youth Ambassadors Klieon John and Sonia Boddie.

The meeting is being held under the theme “Youth participation at the heart of national development.” Delegates are reviewing current trends in youth development and identifying areas where action is needed to advance youth empowerment in the Caribbean. They are also focusing on challenges and opportunities for the region, as well as new global development goals which are to be agreed at the United Nations later in 2015.

Topics slated for discussions include issues such as youth employment and entrepreneurship, participation in civic and political processes, the role of young people in peace building, and the professionalization of the youth work sector.

Commenting ahead of the meeting, Commonwealth Deputy Secretary-General Deodat Maharaj said: “the Caribbean has one of the youngest populations in the Commonwealth, with more than 60 per cent of people aged 29 years or under. This makes this generation an enormous asset to the region’s development – not just tomorrow, but today.”

He added, “We recognise that young people are playing a vital role in strengthening communities and championing democratic processes, leading and delivering change. But many also face challenges related to unemployment, climate change, health issues or conflict. Young people are feeling the squeeze in the labour market, many lack the capital to start a business, or can be shut out of democratic decision-making.”

Ministers with responsibility for youth are meeting today (April 29) and tomorrow.