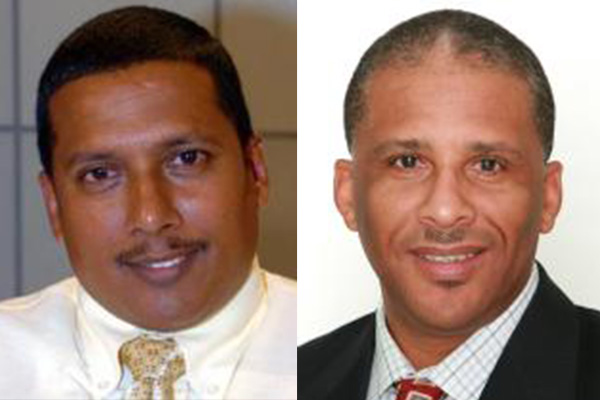 Castries, St Lucia — A political activist group in Saint Lucia has called upon Allen Chastanet, the political leader of the opposition United Workers Party (UWP), to denounce conduct by Guy Joseph, the UWP representative for the constituency of Castries South East, and ask for his immediate resignation.

The group, Flambeau Activists Called to Service (FACTS), referred in a press release to “blatant nepotism” exhibited by Joseph, whilst he held the portfolio of minister for communications and works during the period 2006-2011.

“Whilst FACTS is cognisant of the fact that political hacks concoct stories designed to defame, destroy and hurt the characters of their opponents without justification, it is clear that Mr Joseph’s case does not fall into that category and cannot be defended in the face of documentary proof which supports the allegations,” the group said.

According to FACTS, documents recently disclosed by deputy prime minister and minister for infrastructure, port services and transport, Phillip J. Pierre, prove that one of Joseph’s brothers was paid some $63,000 for questionable clearing works supposedly executed at Vigie, Castries and another brother was paid in excess of $242,000 for works estimated at only $65,000.

Just weeks before the November 2011 general elections, Joseph’s sister was the witness to a contract for the execution of road works to a value nearing $10 million. Of that sum, over $2.4 million was paid to the company on whose behalf Joseph’s sister had acted as witness, before any works could have commenced, FACTS asserted.

“Such high-level nepotism is unprecedented in this country and its manifestation must be treated with contempt and disdain. Those and many other actions of Mr Joseph are not mere allegations but factual occurrences for which Mr Joseph, as a Member of Parliament should be made to abdicate,” the press release stated.

FACTS said the group believes that in order to restore public and more specifically supporter confidence and trust in the UWP, its leader Chastanet, who has overtly expressed his intention to restructure the party, must of necessity publicly denounce those actions by Joseph, and impress upon him the need to resign.

“Failure to do so would amount to tacit approval of Mr Joseph’s illegal actions. We trust that the political leader will do what is necessary, should Mr Joseph’s resignation not be forthcoming,” FACTS said.

The UWP did not respond to a request for comment on the FACTS release.

Meanwhile in other Saint Lucia political news, the Lucian People’s Movement (LPM) caretaker candidate for Soufriere, Melanius Alphonse, has issued an appeal to the voters of Soufriere/Fond St Jacques to return the constituency to its origins as a national swing district in order to regain the level of national attention and respect it once enjoyed and currently deserves from all political organisations in Saint Lucia.

In reflecting upon the social and economic neglect that often occurs when political districts become reliable or safe seats for any given political organisation, Alphonse lamented that the people of Soufriere/Fond St Jacques have paid a very heavy price for surrendering their political independence to the Saint Lucia Labour Party (SLP) in 1996.

“In this regard, they have joined other constituencies in the nation, such as Laborie, Micoud North and South, where years of prolonged loyalty to a single political organisation has shut the national windows of development on those districts,” he said.

However, while acknowledging the SLP’s dominance in Soufriere/Fond St Jacques in the last four general elections (1996–2011), Alphonse is firmly of the view that the SLP’s political choke hold on the people of that constituency can be broken.

He pointed to the growing level of frustration and dissatisfaction throughout the constituency as evidence of things to come, and he believes that with the right message and a sincere dedication to attending to the needs of the people of Soufriere/Fond St Jacques, the LPM could make some serious inroads within the constituency, which he said is daily losing its appetite for the SLP’s prescription for governance.