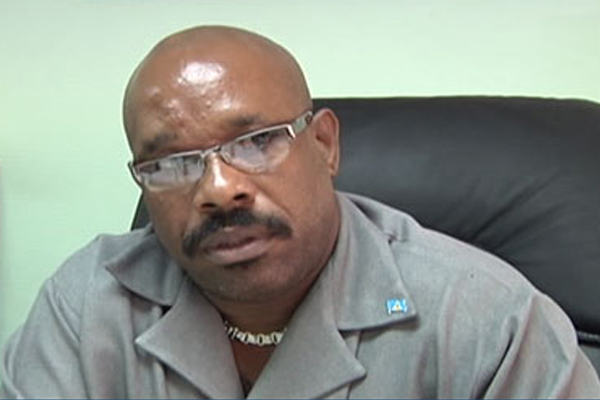 Castries, St Lucia — Following a formal complaint served on Richard Frederick, the opposition United Workers Party (UWP) member of parliament for Saint Lucia’s Castries Central constituency, by the party’s disciplinary committee, Frederick said through his attorney that he will challenge any unlawful action by the UWP “to the farthest extent of the law”.

On June 16, 2014, Linwall James, chairman of the UWP’s disciplinary committee, notified Frederick that a complaint had been received making a number of allegations against him and “requiring” him to attend a hearing on July 12 to address the complaint.

The formal complaint dated June 7, 2014, and signed by UWP chairman Ezechiel Joseph, stated that, contrary to the party’s constitution, Frederick:

In response, prominent local attorney Lydia Faisal (Frederick’s sister) rejected the substance of all such allegations and also challenged the legal basis on which they were made in the first place.

In a letter to James dated July 11, Faisal said that Frederick was being “maligned, persecuted and harassed by all those involved in this process” and referred in particular to widely published reports of repeated assertions by the current UWP political leader Allen Chastanet that he will not work with Frederick, something Chastanet later tried to deny on national television despite witnesses to the contrary.

Faisal also referred to a claim by local journalist Jason Siftlet that, at the time of the UWP’s leadership convention in July 2013, the UWP “top brass” had paid him “big money” to write and publish very offensive material directed at Frederick.

In the meantime, UWP activist group, Flambeau Activists Called To Service (FACTS), issued a press release describing the disciplinary complaint against Frederick as “a psychotic fixation” to expel him from the party.

“It is the opinion of the members of FACTS that the time has come when our leaders should demonstrate quality leadership that places the interests of the country before that of the party and indeed before that of those who gather around hoping for payback in the short term. The new political ethos should be about nation building and not naked divisiveness… Within this context, we shall exhaust all possible avenues to ensure that justice is meted out to Richard Frederick and all other Saint Lucians who are being needlessly persecuted and maligned whether for political expediency or otherwise,” FACTS said.