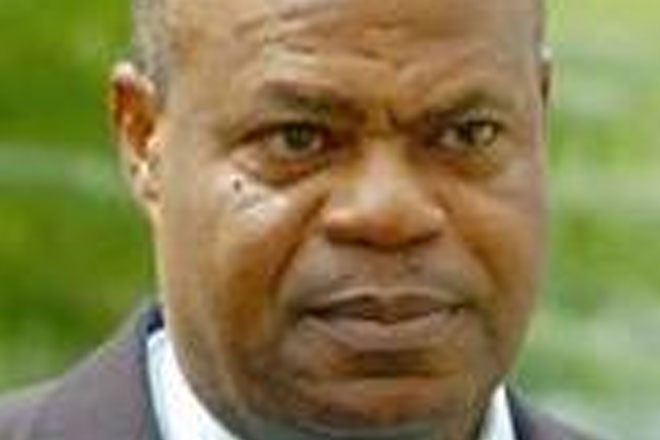 Castries, St Lucia — Following an emergency meeting of the opposition United Workers Party (UWP) executive in Saint Lucia on Monday, reportedly for the purpose of requesting all opposition parliamentarians to resign their seats in order to force an early general election, Arsene James, the UWP parliamentary representative for Micoud South, has indicated that he will not contest the constituency at the next elections.

At a meeting in Micoud South on Tuesday evening, with both Arsene James and UWP political leader Allen Chastanet in attendance, the decision was made public to the constituencies. Chastanet will contest the seat at the next election.

This news comes after frequent denials by James and Chastanet that there were active negotiations to pay James EC$5 million to purchase his resignation.

In fact, last week, Chastanet appeared on local television denying any truth to the suggestion that he intended to contest the Micoud South seat in the upcoming general elections. And on Wednesday James was on local radio denying allegations that he has resigned.

At least one UWP stalwart has questioned whether there Is there a difference between publicly committing oneself to resigning and resigning.

“Why deny what you have all intentions of doing in any event and perhaps within days?” they asked.

James said on Tuesday night that he decided not to contest the upcoming general elections because of age, and he again denied reports that he was paid by Chastanet for the seat.

He said he plans to work with Chastanet to ensure that he wins the seat in the next elections; however, it is not clear at this point whether or not James will resign his seat immediately, thereby precipitating a by-election within 90 days, or wait until parliament is dissolved ahead of the next general elections, constitutionally due in 2016.

Nevertheless, a source present at the constituency meeting on Tuesday indicated that James relinquished his candidacy to the branch. The actual resignation letter is still to be delivered to the governor general for official purposes.

According to Therold Prudent, leader of the Lucian People’s Movement (LPM), the history of “carpetbaggers” in Saint Lucian politics is nothing new.

“Both the United Workers Party and the Saint Lucia Labour Party have used it to their advantage when it was necessary. From H.B. Collymore, the Bousquet brothers, Sir John Compton, Julian Hunte, Gregor Mason, George Odlum and, in most recent times, Dr Desmond Long of the SLP, all represented communities throughout Saint Lucia where they were not born and could not provide legitimate proof of local residency,” he said.

Chastanet, a former appointed minister of tourism in the previous UWP administration under prime minister Stephenson King, contested the Soufriere constituency in 2011 general election but was beaten by the Saint Lucia Labour (SLP) candidate Harold Dalson by 375 votes (8.3 percent).

Historically, the constituency of Micoud South has been regarded as a safe seat for the UWP, with a 323-vote (9.5 percent) majority in the last election. However, the ruling SLP in the person of Cass Elias has won the seat in recent years (1997) and is still active in the community.

Prudent said that, while he is of the firm view that it would be in the interest of all communities throughout Saint Lucia to elect men and women with whom they are better able to identify, and who have had a very long and passionate history of involvement with that community prior to seeking elective office, the onus is on the people of Micoud South to decide whether Chastanet personifies their hopes and aspirations for a better life.

“For my part as the leader of the Lucian People’s Movement, I have no desire for political expediency or short cut. My lifelong goal has always been to represent the constituency of Gros Islet, of which I have been an integral part of for more than 40 years,” he added.

On the heels of the recent budget presentation and in the context of what is widely regarded as the unsound state of the Saint Lucian economy, in the event of a by-election being required, Prime Minister Dr Kenny Anthony would have the task of deciding whether his party should spend scarce resources contesting a by-election now or take up the challenge and call an early general election.

Constituency boundaries in Saint Lucia are currently under review and may result in a redrawing of existing boundaries and/or the addition of new districts, all of which will no doubt play a part in Anthony’s decision making process.