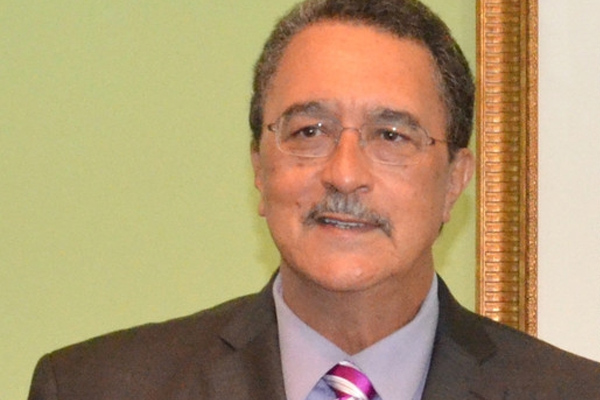 Castries, St Lucia — In an address to the nation on Tuesday, prime minister and minister for finance and economic affairs, Dr Kenny Anthony, highlighted the gravity of Saint Lucia’s economic position and disclosed government’s proposal to the public sector unions.

The 32-minute address entitled “Facing the Options” stressed that the unsustainable cost of operations, which is mainly due to a high fiscal deficit and high debt, must be addressed to avoid any further deterioration of the economy.

Despite the significant cuts proposed in this year’s budget, government has the challenge of financing a gap of $205 million. This, the prime minister said, must be addressed to avoid any loss of confidence by potential investors and the untenable situation where the government is unable to meet its debt repayment obligations and other critical expenditure requirements when they become due.

Anthony presented the options proposed by the ministry of finance to cut government’s largest area of expenditure, which currently stands at 53 percent of total current spending.

“Three different scenarios were developed,” he said. “The first seeks to achieve a savings of $37 million, which, if you will recall, is slightly less than half of our recurrent financing gap. To realize these savings, we would need to make a ten percent reduction in salaries and wages across the board or send home a total of 990 public officers.

“The second option, which would give us savings of $26 million, would require a seven percent reduction in salaries and wages or the retrenchment of 696 workers. However, it would still leave a financing gap of $50 million.

“The third option is for a five percent adjustment in salaries and wages, which gives savings of $18.5 million, but leaves a financing gap in recurrent expenditure of $57.5 million. If the decision is not to embark on a five percent wage adjustment, we would have to terminate the employment of 495 workers.”

Given the current unemployment problem, the prime minister disclosed that the government does not favour retrenchment. Against this background, the following proposal was made to the public sector unions on Friday, June 6:

1. A reduction of five percent in the wages of public officers and all other employees of the Crown, from Grades 4 to 21. This reduction will be levied on gross salaries that is, basic salary plus allowances. The reduction will not apply to the judiciary or the governor general.

2. The introduction of a wage freeze to cover the current triennium of wage negotiations.

3. The introduction of agreed benchmarks to govern further wage increases. To ensure and maintain sustainability, it is proposed that wage adjustments beyond the current triennium should be related to broad macro-economic and fiscal indicators. These indicators should include a GDP growth rate of 2.5%; the achievement of a current account surplus of 3% of GDP; an agreed level of inflation; the unemployment rate; the level of wages in the overall economy as measured by the wage index; and agreed productivity gains.

4. A memorandum of understanding to be signed by all parties to the agreement to reflect the points of agreement.

5. The establishment of a monitoring committee, made up of representatives of the government and all public sector unions and associations, to monitor the implementation of the agreement between the parties.

6. The establishment of a commission, to be known as a “Spending and Government Efficiency Commission”, to advise government on the most efficient and cost-effective government organizational structure and governing processes.”

Anthony called on public officers and public sector unions to do what is in the best interests of the country. He said he is confident that “if we do what is right, we will emerge a stronger and more resilient country”.