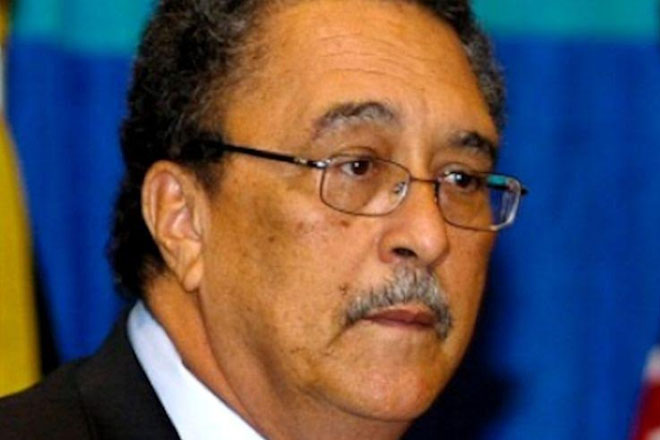 (Caribbean360) Prime Minister Dr. Kenny Anthony has expressed outrage over reports that a 97-year-old woman was raped earlier this week.

He described the crime as a despicable act that not only violated an elderly citizen, but the entire community and country.

“It is unbelievable that someone would even think of committing such an act,” he said. “This is a heinous and outrageous act. It is inconceivable that a human being would do this. I wish to express my sorrow to the family and the community as they grieve over this.”

“I commend the community of Mon Repos [where the rape occurred] for its decision to host prayer vigil to share their collective outrage, and to send a message to the perpetrator or perpetrators that this behavior will not be tolerated.”

The prime minister also lamented that the increased reports of rape across the island is a worrying trend and there must be a collective effort between the police and the public to deal with this problem.

He emphasized that these incidents are not just a matter of security.

“For too long we have been silent about sexual violence in our homes and our communities,” he said. “In many instances, we know there are fathers, uncles, stepfathers and others who commit deviant sexual acts in homes and communities and nothing is said or done. Quite often the perpetrators are protected. These unreported cases lead to an even greater problem in our society, where these men grow to believe that this is acceptable behaviour. We need to tackle the problems at the root.”

In response to an increase in reports of rape earlier this year, Dr. Anthony said he had recommended to Acting Commissioner, Errol Alexander, that a special unit be established within the Royal St. Lucia Police Force to investigate rape cases and to also build a database that stores DNA evidence to determine whether some of these cases are being committed by repeat offenders.

“We have serial rapists at large,” he said.

He expressed hope that the intended reopening of the Forensic Laboratory, under new management would better assist police in conducting investigations and testing DNA samples. He stressed, however, that the first, most important response is that people report known sex offenders.