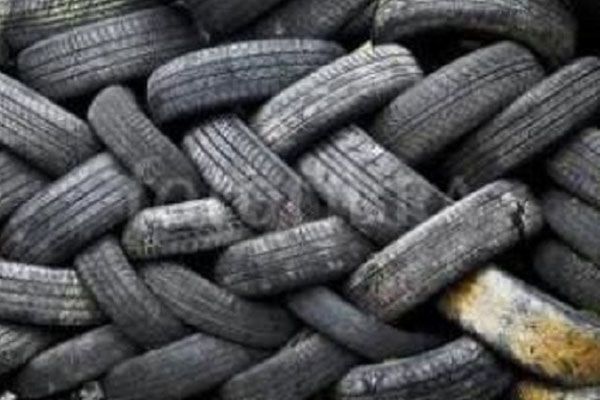 CASTRIES, St Lucia (CMC) – The St Lucia government says it is reviewing options to use used- tyres piled at the various landfills over the past eight years to generate fuel.

Chairman of the St Lucia Solid Waste Management Authority (SLSWMA), Sylvester Clauzel, said that the government is holding talks with a UK-based organization to craft a solution for transforming waste material into energy.

“We have begun discussions with the Carbon War Room (CWR), to implement a solution that will convert shredded tires and other waste into electricity,” said Clauzel, who is also and the Permanent Secretary in the Ministry of Sustainable Development,

Founded by Sir Richard Branson, also the founder of the Virgin group of companies, the Carbon War Room is an independent non-profit that accelerates the adoption of business solutions to reduce carbon emissions and advance a low-carbon economy.

Clauzel said the use of discarded tyres to create fuel will have a twofold effect.

He said tyre derived fuel “will bring in much needed revenue, and significantly extend the life of St.Lucia’s landfills by reducing the volume of material. We view this as an urgent matter and will utilize all resources toward making it a priority”.

According to the US Environmental Protection Agency (EPA), scrap tyres produce the same amount of energy as oil and 25 per cent more energy than coal.

They are used as fuel because of their high heating value. In 2003, 130 million scrap tyres were converted to about 45 per cent of all generated fuel in the United States, an increase from about 26 million tires which generated 10 per cent of fuel in 1991.

But a government statement here said that there have been setbacks and the Minister for Sustainable Development, Dr. James Fletcher, detailed those setbacks n his 2013-2014 annual report to parliament.

“The island’s waste disposal challenges are due to the lack of adequate financing for the upgrade of the electrical system at Deglos to facilitate the tyre shredder and reactivation of the autoclave,” the report noted.

The statement said that the stockpile of tyres in the landfill followed the breakdown of two smaller tyre shredders. In 2012, the SLSWMA purchased a new, high-capacity shredder, but the installation required costly adjustments for which the SLSWMA was not able to allocate the necessary funding.

But Clauzel said the Authority is now holding negotiations to obtain an advance of funds that would be used to undertake improvements and repairs of the electrical systems at Deglos allowing for the shredder to function.

He said the shredder would also will reduce the stockpile at the landfills to a mass that will no longer pose a public health hazard, since the tyres provide habitats for disease vectors, such as mosquitoes.