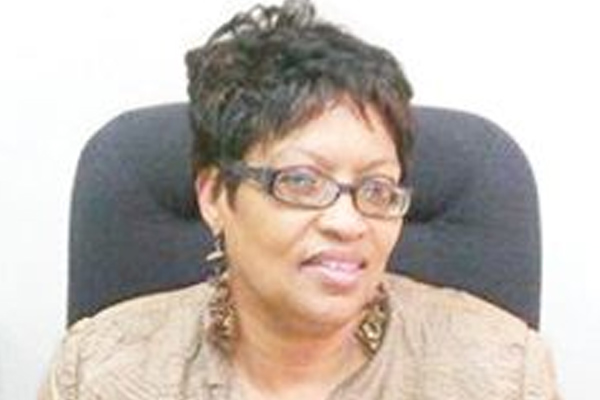 Kingstown, St Vincent — An audit of government accounts in St Vincent and the Grenadines (SVG) has revealed what appears to be serious deficiencies in accountability, proper procedures, compliance and transparency within the public sector, the Vincentian newspaper has reported.

In the latest report of the audit of public accounts for 2009 and 2010 for SVG, submitted pursuant to Section12 of the Audit Act 2005 to Prime Minister Dr Ralph Gonsalves, who is also minister of finance, Director of Audit Dahalia Sealey wrote on January 27, 2014, that she was “of the opinion that the financial statements presented for audit did not, in all material respects, fairly represent the financial position of the government of St Vincent and the Grenadines as at 31st December, 2009 and 31st December 2010.”

As the director of audit, Sealey is the “independent auditor of government, acting on behalf of the taxpayer, through Parliament,” it is on her investigation that Parliament has to “rely for assurance about the fairness and regularity of the public accounts.”

The audit director recently stated that an audit “does not absolve the accounting officers of their responsibility to ensure that adequate internal controls are in place in their ministry or department to safeguard the assets and other resources against fraud and irregularities. They must ensure that the financial and other regulations are complied with.”

In recently forwarding her report to the prime minister for presentation to the House of Assembly, Sealey said audit examinations revealed a number of matters of “particular concern” for 2009 and 2010.

The audit director discovered that “large amounts of advances made by the Accounting Division have remained outstanding for several years”. She stated that, as at December 31, 2009, and December 31, 2010, outstanding advances totalled some $22 million each year.

The audit found that some $285 million reflected in the Accounting Division accounts as public debt did not agree with the figure of $866 million quoted on the Statement of Public Debt and Schedule of Loans, respectively, for 2009.

The report also said that the figure of $201 million reflected in the Accounting Division accounts as public debt did not agree with the figure of $955 million quoted on the Statement of Public Debt and Schedule of Loans for 2010.

Additionally, she said that no statement of reconciliation was produced to account for the difference in the overdraft balance of $13 million between the balances recorded in the Accountant General’s current account at the National Commercial Bank and that on the Statement of Assets and Liabilities/Accounting Division accounts for 2010.

Sealey said the figure of $458 million on the Consolidated Fund account, reflected on the Statement of Assets and Liabilities, did not agree with the figure of $403 million quoted in the Accounting Division accounts for 2010, a $55 million discrepancy.

On non-compliance, she said, as underscored in previous reports, “there are several systems and procedures, which have not been maintained by the relevant accounting officers.”

“This is an urgent area that needs urgent attention as government should be in a position to know the outstanding arrears,” Sealey declared. “The Accountant General should take actions to ensure that annual returns and reports are received.”

She also disclosed that half-yearly returns of receipt books had not been submitted by revenue collecting departments, as required by Regulation 47, Finance Regulation 2009, urging the Accountant General to “insist that these returns are provided as required by the regulation.”

No Stores Tabular Summary had been submitted for the Public Works Department Unallocated Stores, as required by Store Rule 91, and that “several of the ministries and departments have ignored the use” of vehicle log books and garage registers that were “intended to capture data that can be used to assess the economy and efficiency of the vehicles.”

“The proper maintenance of the records can also aid in the control of the use of the vehicles and further reduce the incidence of misuse of the asset,” she said.

In the absence of vital records of accounting for equipment and furniture, the audit report said that “it is impossible to ascertain that all of the assets that were purchased for use in the ministry or department were still at hand”.

“In spite of numerous queries and reports, the accounting officers in many ministries continue to flout the rules,” the report said, stating that equipment ledger and inventory for 2009 and 2010 were not maintained in the ministries/departments of agriculture, education, transport, magistrate, office of the prime minister, health, housing and service commissions.

Sealey also said that “several” accounting officers had failed to comply with the requirements of Sect. 33(2) of the Financial Administration Act 2004 for Imprests (financial accounting system), “resulting in the under-reporting of expenditure by the defaulting ministries”, with net debit balances of over $200,000.

“I am not aware of any accounting officer being held accountable for contravening the aforementioned rule,” she said.

The audit report lamented that while audit queries provided ministries and departments an opportunity to clarify issues raised by the Audit Office, to express their views on matters in question and to make adjustments where necessary, “the response to these queries has not been favourable over the years since most departments and ministries fail to respond to these queries”.

“This does not augur well for the public service since not only are responses to queries not forthcoming, but the same issues persist perennially and have to be reported upon in the director of audit’s report,” it said.

“Accounting officers need to respond to audit queries in a timely manner and ensure that systems are implemented to correct shortcoming identified instead of waiting until some fraudulent activity takes place before they act,” it urged.

An examination of capital expenditure for 2009 indicated that 84 projects, with a total estimated expenditure of over $52 million, were not executed as planned.

The audit report said it was not possible to comment on several deposit accounts for 2010, adding that “neither could an opinion be expressed as to the correctness of the balances on the deposit accounts due to a significant number of transactions entered in the accounts without any narrative to determine the nature of the transactions”.

“No statement of the local authorities has been prepared and submitted for several years as required by the Local Government Act (CAP 257),” it said. “Therefore, the balances could not be verified or confirmed.”

In highlighting major findings of the audit on the Cuban Integrated Health Program, the report said “a large percentage of the funds were not expended for the purpose intended by Parliament but was utilized to purchase items for use by the MOHE (ministry of health and environment), such as computer equipment and supplies, deep freeze, washers (and) thumb drives.”

It said a number of items imported under the ministry’s concession, as well as some items purchased locally, “were not produced for audit inspection.”

In addition, the report said there were “wastage of resources”, circumvention of Central Supplies Tenders Board Procedure,” and “circumvention of Ministry of Finance controls.”