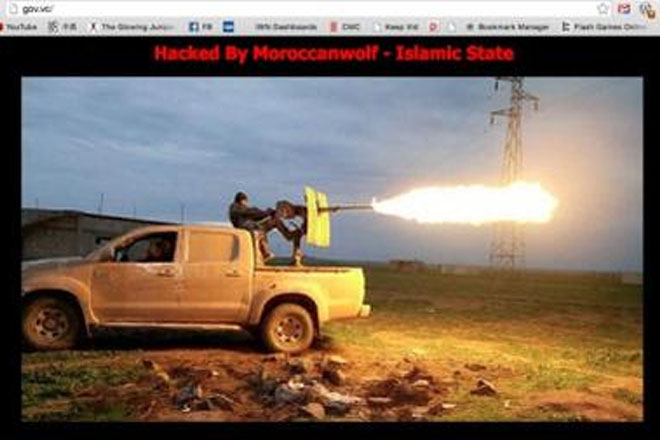 Kingstown, St Vincent — St Vincent and the Grenadines Prime Minister Dr Ralph Gonsalves says government technicians are working to restore the country’s main website in the shortest possible time, after it was hacked on Sunday, purportedly by sympathisers of the Islamic State (ISIS).

He stated that all diplomatic protocols have been followed, including informing US authorities of the incident.

“It hasn’t as I have been advised compromised us. I have been assured that our emails and everything is intact. Yesterday (Monday) the ministry of technology officials brought me up to date about it,” Gonsalves said.

Speaking at a news-conference on Tuesday, Gonsalves said they are working with professionals from both telecommunications providers Digicel and LIME.

On Sunday the website was hacked and visitors to the website saw a message saying “hacked by moroccanwolf – Islamic State”.

There was also an image of an individual operating a machine gun from the back of a truck.

A message, which accused the United States and NATO of what it called “organized butchery”, was also displayed.

The message charged both the US and NATO of supporting dictators as long as they are fulfilling US, EU and NATO interests in the region, as they did in Pakistan and Saudi Arabia.

No other claims of responsibility have been made so far and a determination has yet to be made on the source of the attack.