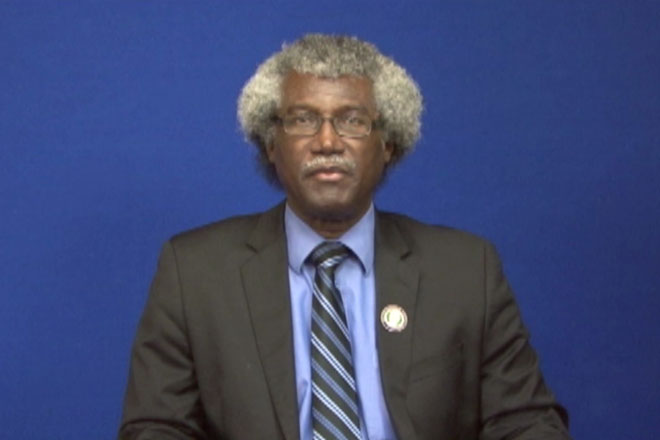 Sir Dwight was at the time making an address to the ECCU member states on the steps being taken by the ECCB Monetary Council and the Central Bank to confront the challenges affecting the ECCU Banking System.

He said in order to understand the current challenges, ECCU member states must first come to grips with certain economic realities.

“Our main trading partner, the United States of America, to which the value of the EC dollar is tied, accounts for 50 percent of our imports and 23 percent of our exports. Our most important economic activity, tourism, is seasonal with the U.S. being our primary source of our stay-over tourist arrivals accounting for a market share of 36 percent. The U.S. also makes major contributions to our economies through foreign direct investments and remittances. It is for these reasons that the global crisis, which started in the USA, has had such a serious impact on our economies in general and our banking and financial systems in particular,” he explained.

According to Sir Dwight, one of the most important decisions taken by the monetary council at a recent meeting was the full protection of depositors by the ECCU governments in the resolution process.

“The reason for this is that deposits, particularly savings deposits are of critical importance in our financial system. They are the main financial instruments available to the public for saving and provide the major funding source used by banks for lending. As such, banks must approach lending in a very prudent way to ensure that loans are recoverable so that they can honour their commitments to depositors,” he said.

The ECCB Governor said the new Banking Act passed by the Council will help prevent similar challenges to the banking system.

“It is for these reasons that the Council has agreed to the passage of a new Banking Act which provides for greater protection of depositors and increased regulations of banks in keeping with the new international requirements. The legislation and other steps being proposed by the Central Bank and agreed to by the Monetary Council will give the legal capacity to successfully address the issues affecting the banking system and place us in a position to prevent future crisis of this kind,” Sir Dwight said.