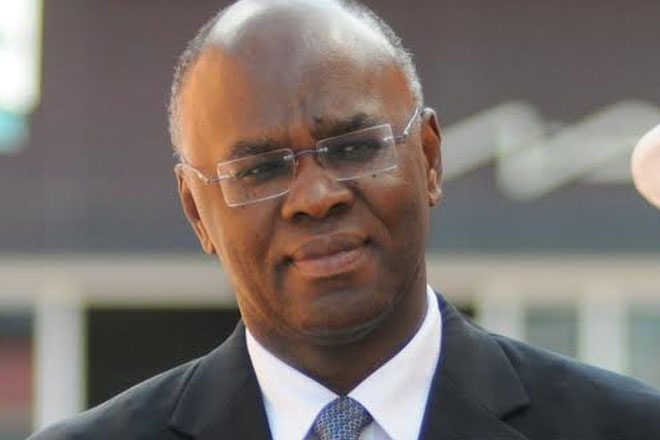 Statement on political developments: New Elections in 90+ days on SXM

deemed it prudent to seek urgent independent advice regarding the constitutional conformity of the political positions.

The issue before us is an issue of national importance for the current as well as the future governance of the interest of our people. It concerns the following fiercely contested positions:

Decisions that address these issues touch the foundation of our Constitution and as such the interest of our people. No decision regarding the interest of the people should be taken lightly. The Governor therefore emphasizes that the decision to sign a Parliament dissolution national decree, on the one hand, or not to sign and sent it to the Kingdom Council of Ministers, on the other hand, as well as to request a formateur to form a new government should never be taken lightly and even more so considering the potential implications of the developed situation for an orderly constitutional process.

It is the obligation of the Governor to safeguard an orderly constitutional process and thus to encourage all parties to act in keeping with the fundamental principles of our parliamentary democracy based on the rule of law. This obligation follows from the Regulations for the Governor as well as the oath taken by the Governor that he cannot execute, ratify, or mandate, a decision that is in violation with the laws of Sint Maarten.

Based on information gathered during consultations the risks of a disorderly process became evident. As a result the Governor met with and discussed the need to be prudent and to seek independent advice with the Prime-Minister, the leaders of the political parties in Parliament and the independent Members of Parliament on Friday October 16, 2015. Governor Holiday advised this path given that it is imperative to obtain clarity regarding the constitutional conformity of the political positions and to arrive at a balanced and sustainable solution to the differences of opinions. The Governor, based on those discussions and given the urgency requested a special panel of three judges to evaluate the constitutionality of the implementation of the political positions and advise him about it within 5 workings days. The panel consists of the President of the Joint Court of Justice of Aruba, Curaçao, Sint Maarten and of Bonaire, Sint Eustatius and Saba, Mr. E.J. Van der Poel, the President of the Constitutional Court of
Sint Maarten, Mr. J.Th. Wit, and a judge serving on both courts recommended by the presidents of both Courts, Mr. J. de Boer. Based on the current situation the independent panel was requested to evaluate the Constitution of Sint Maarten in the context of Sint Maarten’s constitutional law and provide a clear legal position regarding articles 33 paragraph 2, article 40 paragraph 2 and article 59 of the Constitution of Sint Maarten. Specifically the panel was requested to answer the following constitutional questions:

Today, October 21, 2015, the Governor received the requested advice of the judges and discussed and shared the content with the Prime-Minister and the leaders of the political parties in Parliament and the independent Members of Parliament that form the new majority. In view of transparency in the constitutional process a copy of the advice has also been provided to the media along with this press release. The key conclusions of the advice are:

Having discussed the advice of the independent panel of judges with the Prime-Minister and the leaders of the new majority in Parliament the Governor wishes to confirm:

In light of the political and constitutional debate of the past 3 weeks the Governor wishes to encourage all parties to study our Constitution and the panel’s advice carefully and reflect. We have a strong and balanced Constitution one that provides us with important democratic freedoms, rights, obligations and safeguards. With regard to the discussions concerning the authorities of Parliament and of the Council of Ministers, it is essential to note that in our dualistic system of government the authorities of both branches of government are separate and independent but limited by the rule of law. It is regrettable that both branches did not meet in Parliament and debate their respective positions. Over the past three weeks a lot has been said and written. Our People, Parliamentarians and Ministers have voiced their opinions. Emotions have ran high and at times certain harsh things were said which will call for us to heal as we move forward. As we do so, we should be reminded that for our parliamentary democracy to function effectively and protect our cherished freedoms and rights, we need people to serve as parliamentarians and ministers. In that regard the Governor wishes to reemphasize that political debate is a prerequisite for growth in any democracy. And the Governor stresses that it goes without saying that for growth to take place it is our obligation to conduct this debate based on facts, peacefully, with mutual respect for each other and the opinions of all sides and with due consideration of the laws governing Sint Maarten.

As already stated, it is not the role of the Governor to dictate the results of differences of political opinions but rather, as he has in the past three weeks, to work with and encourage parties to arrive at a constitutionally sustainable solution. Where there is significant disagreement between the parties in regard to the constitutionality of their actions, the Governor deems it his obligation to encourage parties to arrive at constitutionally sustainable solutions in the interest of a stronger country. It is the Governor’s hope that this constitutional advice will serve to resolve this situation and functions as a guide for the handling of future political differences of this nature. Governor Holiday is herewith appealing to all stakeholders to do all that is necessary to maintain and protect the integrity of our constitutional democracy and to foster actions in accordance with our Constitution to safeguard our common cause: Sint Maarten.