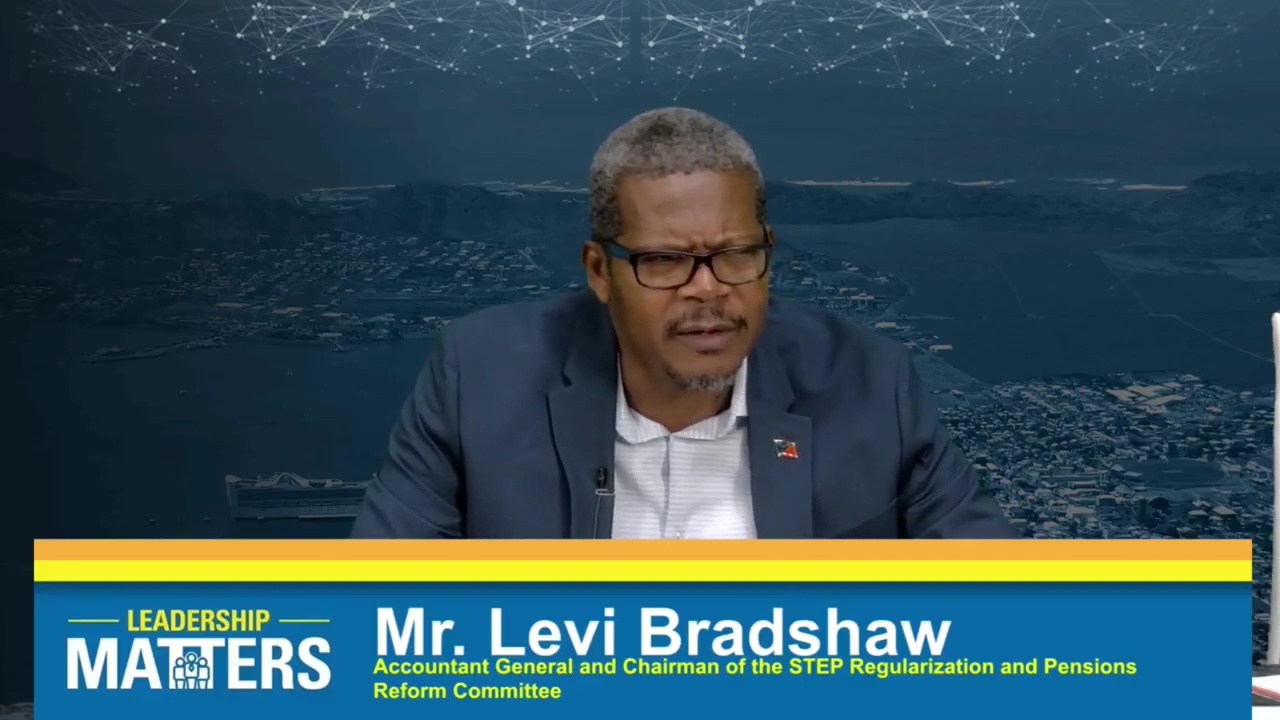 There are many benefits that will soon be made accessible to persons transitioning from the Skills Training and Empowerment Program to the public sector under the Unity Administration’s STEP Regularization and Pensions Reform initiative.

These benefits were highlighted by Accountant General and Chair of the STEP Regularization and Pensions Reform Committee, Mr. Levi Bradshaw during Tuesday’s edition of Leadership Matters on ZIZ.

He said that these persons would be eligible for appointment into the public service under the Government Auxiliary Employees Act, (GAE Act) 2012 and went on to explain how these persons will now have access to the government’s health insurance plan.

“In addition, the eligible employees who would be regularized and transitioned as GAE’s would be enrolled in the government health insurance scheme. They would also be eligible for enrollment in the contributory pension plan and they would also be eligible for the long service gratuity which is paid to government GAE workers when they would have demitted office at age 62 under the Long Service Gratuity Act”, he stated.

The Accountant General also explained that these workers, once eligible, would receive life insurance when they are transitioned into government. This lump sum would be paid to their beneficiary or estate upon their passing.

Since the general elections of June 2020, the government of St. Kitts and Nevis, formed a STEP Regularization and Pensions Reform Committee to advance policy regarding STEP workers and Government Auxiliary Employees (GAE)’s.

The Regularization process means that all STEP Employees would see a change of status as they would now enter the Public Service as Government Auxiliary Workers (GAEs) with a new hire date of July 1 2020.

Mr. Bradshaw noted that over the coming weeks, the committee in collaboration with the STEP Secretariat will be hosting a series of meetings with the various STEP workers in the various ministries across the island to update them on the Regularization and transition process.

The Skills Training and Empowerment Programme currently has 1123 workers assigned across the federation of St. Kitts and Nevis.