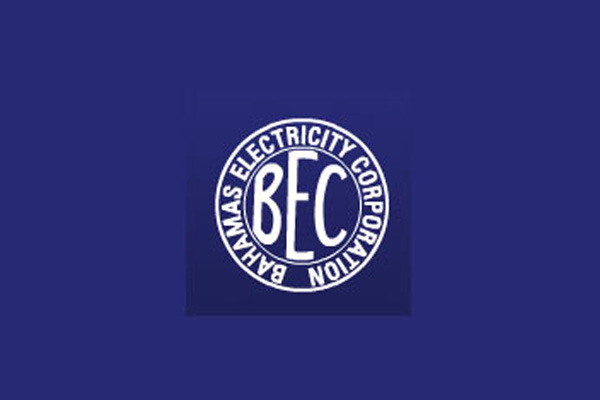 Still no decision on management contract for Bahamas power company

Nassau, Bahamas — Despite a conflicting message and confused timelines while critical decisions at the Bahamas Electricity Corporation (BEC) languish, and despite Prime Minister Perry Christie’s assurance that he would “move rapidly for a conclusion” on the decisions, up to Tuesday the Christie administration had yet to pick a company to manage BEC, Guardian Business can confirm.
In December 2014, Deputy Prime Minister Philip Brave Davis assured that the government would select a company to manage the corporation in two weeks. Subsequently, Davis said a company had been selected and an announcement would be made after January 10, 2015. Just last month, however, Davis reported that “the government has also engaged the process toward identifying a strong, technically capable and experienced company to manage a new BEC”.

In fact, Christie confirmed in March that he had not made any announcements on the BEC restructuring because he wanted to be “absolutely sure” his decision was in the best interests of the country.

PowerSecure, a US power management company, had been speculatively identified as the frontrunner for the job but, as later reported, that company is facing two separate class action lawsuits accusing it of securities fraud. Without naming PowerSecure or any other company, Christie had made some cryptic comments about seeking – and obtaining –US certification of the integrity of one of the companies bidding for the job. Last month, he told reporters final meetings were being held to wrap up discussions on the government’s proposed options.

Emera, in Grand Bahama, and the FOCOL group (Freeport Oil Company), have apparently said that they could match any offer, and the Bahamas Power Management Group (BPM) has also apparently submitted a proposal.

In March, the prime minister said, “The ball is in my court and I will move rapidly for a conclusion on it.”

Yesterday, Minister of the Environment and Housing Kenred Dorsett – asserting that “we are one government” – acknowledged that no company has been selected.

“No decision has been made,” he added.

According to BEC executive chairman Leslie Miller, the administration’s delay in completing the deal is having a material cost.

Without the deal in place, BEC cannot move forward with its plan to provide power for Baha Mar when it opens. The plan could cost up to $200 million, Miller said.

BEC in the renewable age

Meanwhile, Dorsett told Guardian Business that in the new era of renewable energy in The Bahamas, BEC has a role to play.

“There will be no scrapping of BEC, and the energy reform process which we advanced in 2013 does not speak to getting rid of BEC. It speaks to the upgrade of our infrastructure and it speaks to bringing about greater efficiencies in BEC going forward,” Dorsett said.

“But, having said that, the energy reform process also gives birth to the concept of independent power producers, particularly with respect to the deployment of renewable energy technologies. That’s why this whole Carbon War Room RFP process fits in to that whole aspect of energy reform,” he said.

Some observers had assumed that Christie would use the occasion of the mid-year budget debate to announce the company selected to manage BEC, but he opened and closed that debate without addressing the matter at all.

In 2013, the government announced a restructuring and at least partial privatization of BEC. In the beginning, the proposal was to split the company into two wings: one for power generation and the other for power distribution. Christie later decided that the focus ought to be on dealing with BEC’s $450 million “legacy debt” and abandoned the idea of breaking BEC up, instead choosing to pursue a management agreement with a company that could deal with the debt. Christie and Davis have both identified the Nassau Airport Development Company (NAD) as the model for this path.

At one point, it was believed that China State Construction and Engineering Company (CSCEC) – the parent company of Baha Mar/British Colonial Hilton investor China Construction America – was the front-runner. However, once the terms of the deal changed and the Christie administration focused on management and debt restructuring, CSCEC appeared to lose interest.

Cayman-based InterEnergy was the other shortlisted company.