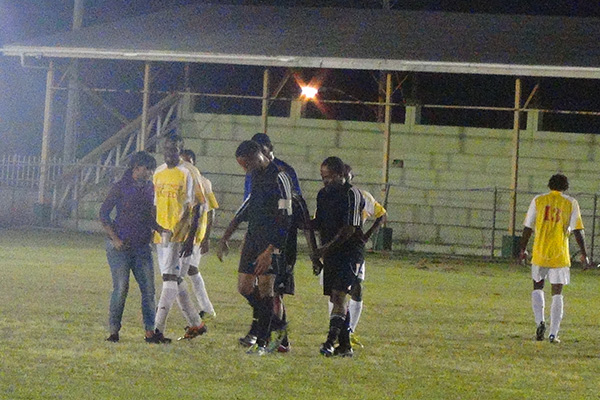 Obviously stung by their recent defeat versus the more lowly rated Hard Times team, The Brand SLYBO Stoney grove team gave a depleted All stars team the drubbing of their life on Sunday 26th January.

By the time the massacre was over, the score line was 12 goals to nil in favour of the Stoney Grove men.

The previous evening, the struggling Villa team brought the Hard times team back to earth after their previous huge win by winning them 4 goals to 2.

Here is a summary of the games played in the Nevis football Association league over the weekend:

The final preliminary games will be played o Tuesday 28th January at the ET willet park as follows:

President BRIGO Meade has indicated that depending on what happens with the Villa versus Stoney Grove encounter, Villa may still have a chance for the final four, ahead of All Stars.