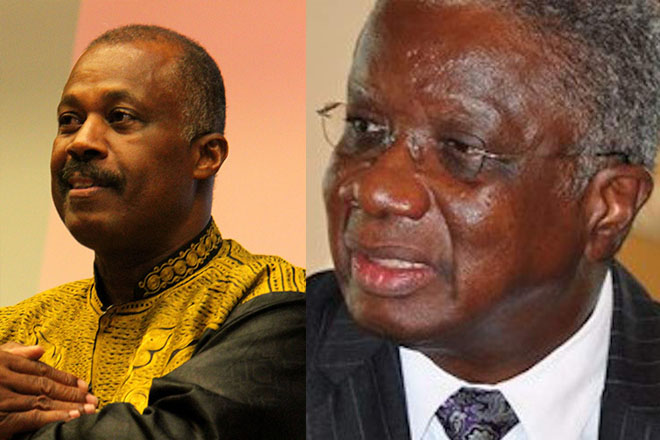 Stuart slams Sir Hilary, accuses him of presiding over an “alternative government”

Bridgetown, Barbados, CMC — Prime Minister Freundel Stuart has accused the outgoing principal of the Cave Hill campus of the University of the West Indies (UWI) Sir Hilary Beckles of presiding over an “alternative government”.

Addressing supporters of the ruling Democratic Labour Party (DLP) on Sunday night, Stuart said that Sir Hilary, who is to assume the post of vice chancellor of the regional institution, would do well not to take his “bad habits” into his new position.

Stuart, accusing the academic of a “singular exhibition of bad, bad manners” said that for the first time in the Caribbean, “we have had a principal of a university descending from Mount Olympus, as he sees it, and deciding that he presides over an institution that is not just an institution of learning but that is an alternative government”.

The Barbados Prime Minister was no doubt making reference to the recent remarks of the Cave Hill principal, who during a recent UWI student awards ceremony complained that the Government’s decision to cut back on spending in the education sector had set the Cave Hill Campus back 20 years and were nothing short of an assault on working-class women.

Stuart told supporters they have to decide whether they wanted to accept the policies of the DLP in office or that of Sir Hilary, adding “Barbados has one government.

“And I consider it most disrespectful…for any principal of the Cave Hill campus of the university of any other principal of any other educational institution in Barbados to propose an alternative government for Barbados.

“If you want to be a politician leave the security of your declared position come down and join the fray and be prepared to be dealt with it politically,” he told supporters.

Jones identified such areas as science, technology and engineering and that he wanted to have the process completed as soon as possible.

He said other fields of study would be added over time.