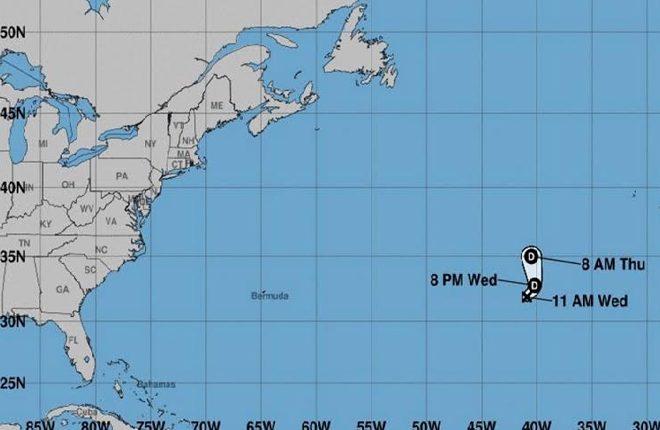 The National Hurricane Centre (NHC) in Miami said at 11 a.m. that the centre of the system which has maximum sustained winds of 35 miles per hour, had formed in the Central Atlantic between Bermuda and the Azores.