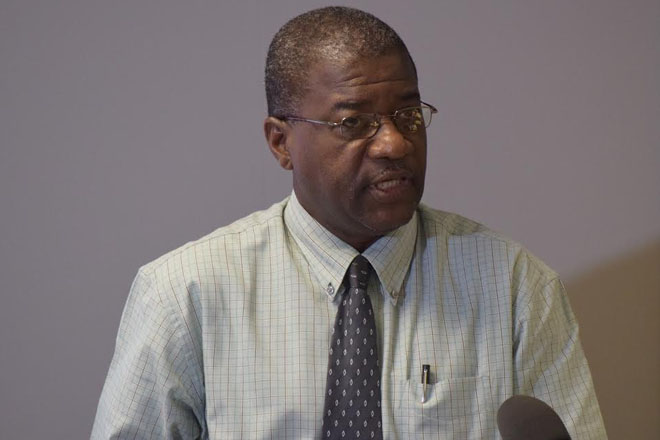 (SKNIS): Chief Medical Officer Dr. Patrick Martin has encouraged the Community Nursing Services and the Ministry of Health in general not to rest on achievements but rather to use them as motivation to advance health care in general.

This sentiment was expressed by Dr. Martin at his remarks for the Opening of Vaccination Week which runs from April 25 to 29, 2016, as he outlined the “next steps.”

“A proposal has been submitted to strengthen the programme-based approach to planning, financing, implementation and assessment of the essential public health programme,” Dr. Martin revealed. “We have learned the lessons of our two most successful programmes, the response to HIV/AIDS and the Vaccination Programme. It makes good sense to apply their functional and structural successes to other programmes in health promotion and environmental health.”

The health professionals in the two specified programmes were congratulated and encouraged to continue maintaining effective and efficient healthcare in the Federation. Dr. Martin also elaborated on the collaboration being carried out with the St. Kitts-Nevis Amateur Athletic Association (SKNAAA) in promoting the theme of “Go for the Gold, Get Vaccinated.”

“I believe “Go for the World” signals the need to sustain progress,” the Chief Medical Officer said. “We have to because of the burden of new infections, chronic disease and injuries.”

The collaboration between the Ministry of Health and the regional and international donor organisations was emphasized when Pan American Health Organisation (PAHO) Country Programme Specialist Dr. Patrice Lawrence-Williams mentioned what would be done following National Switch Day. On that day, April 26, there was a switch in all health centres in the administered polio vaccine from trivalent Oral Polio Vaccine [tOPV] to bivalent Oral Polio Vaccine [bOPV] and the Inactivated Polio Vaccine (IPV).

Dr. Lawrence-Williams added that publishing in the WHO Immunization Newsletter was a means by which PAHO had expanded its reach. She noted that there had already been a submission to the WHO newsletter. This was described as significant because the article from St. Kitts and Nevis was featured among approximately six or seven articles.