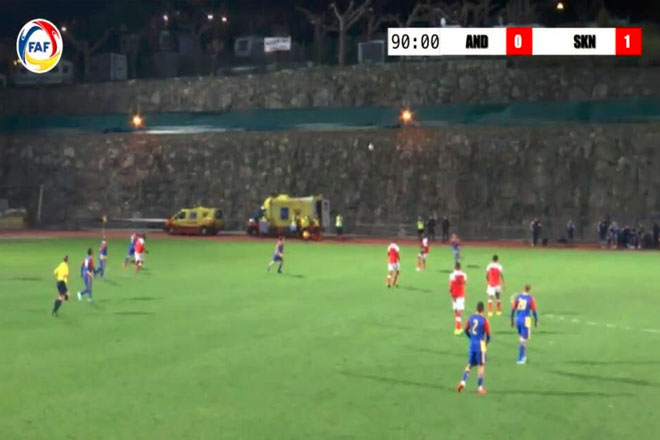 (ZIZ News) – The St. Kitts and Nevis National Football team or “Sugar Boyz” got its European friendly campaign off to a winning start on Thursday when it defeated Andorra, 1-nil.

St. Kitts and Nevis exhibited a strong defensive performance to restrict the home side.

The lone goal of the game was scored by Devaughn Elliott in the first half.

The team’s next match will be against Estonia, in Estonia on November 17.

The Sugar Boyz’s tour of Europe came as the team moved up 11 points, to be ranked at 101 in the FIFA men’s ranking for all confederations.

It is the highest ever ranking for St. Kitts and Nevis on the FIFA list, and SKNFA President Anthony Johnson said moving up the rankings will require more exposure for the team members to help build their skills and game-play strategies.