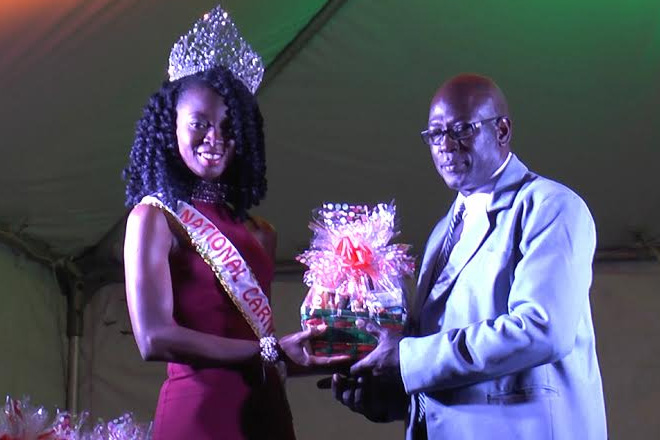 (ZIZ News) – The winners and other participants of Sugar Mas 44 were rewarded on Friday night at the official Prize Giving and Closing ceremony.

Minister of Culture, the Honorable Shawn Richards gave a brief address and took time out to congratulate and thank all of the participants for their contributions to the Sugar Mas 44 Carnival Season.

“On behalf of the government of St. Kitts and Nevis and in particular, the Ministry of Culture, I say thanks to all who made the 2015- 2016 carnival the success that it was. I would want this evening to once more congratulate the winners of the various shows. I do believe that on the various nights, the hard work that you would have put into practising would have paid off for all of the winners so again congratulations to all of you”, Minister Richards said.

The National Carnival Committee awarded the winners, runners up from Sugar Mas 44 as well as sponsors of the event.

The ceremony officially wrapped up the 2015-2016 Sugar Mas 44 celebrations.