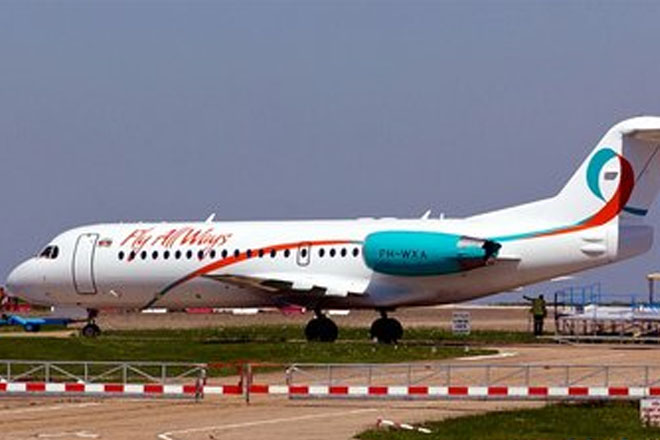 Georgetown, Guyana — Dilip Sarjoe, owner of Fly All Ways Airline of Suriname, a sister company of Suriname’s Blue Wing Airlines that has been blacklisted by the European Union, was promised lucrative concessions to make Guyana one of its hubs, according to people familiar with the development.

The sources also said that this development and the concessions granted to Fly All Ways are shrouded in secrecy and lack transparency.

In order to avoid the baggage of Blue Wing, owner Sarjoe has registered the company as a separate entity from Bluewings, which has had many accidents and been consistently blacklisted by the EU.

European Commission vice-president Siim Kallas, responsible for transport, said at the time: “We cannot afford to compromise on air safety. Where we have evidence that air carriers are not performing safe operations or where regulators fail in their obligation to enforce safety standards, we must act to guarantee safe skies for our citizens when they travel. We are ready to support those countries which need and want to build up their technical and administrative capacity to guarantee the highest standards of safety of civil aviation. The Commission is working closely with the European Aviation Safety Agency to further strengthen its efforts in providing technical assistance.”

“With this fourteenth update, the carrier Blue Wing Airlines from Suriname is included in the list of banned airlines following measures taken by a member state as a consequence of a series of accidents suffered by this airline and serious deficiencies revealed during ramp inspections of its aircraft,” the press release added.

In 2014, Fly All Ways acquired two of KLM’s Fokker 70s to ply its planned regional routes from the Paramaribo City Airport, Zorg en Hop. The owner of Fly All Ways promised the government of Guyana to station one of the 80-seater Fokkers in Georgetown. The company will fly from Guyana to Barbados and other undisclosed destinations in the region.

Dilip Sarjoe is said to be the richest man in Suriname, who owns a collection of businesses in Suriname, Guyana, Trinidad and Miami. In 2008, his Rudisia Beverage Company was worth about US$500 million. He also owns a cement factory and the Suriname Times and is currently negotiating with Alcoa Aluminum, which is looking to sell Suralcao, its Suriname holding.