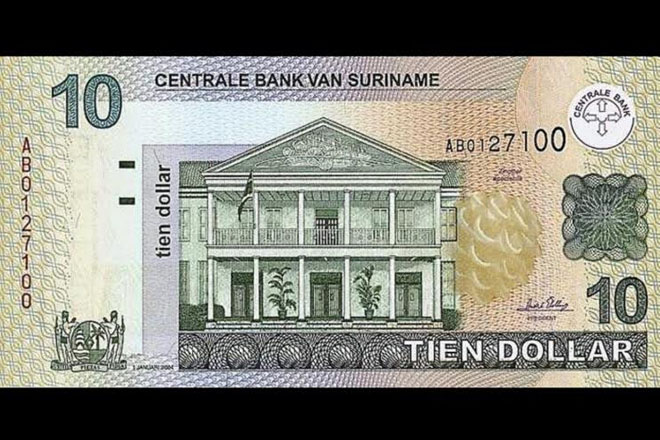 (Caribbean News Now) Paramaribo, Suriname – For the second time in four years, Suriname has devalued its currency, this time by more than 20 per cent, following a drop in the oil and gold prices.

Suriname’s economy is dominated by gold, oil and alumina exports.

The bank said that the country’s financial reserves had declined to US$370 million from US$1 billion in December 2012.

“Suriname is momentarily experiencing a genuine commodity shock,” the Central Bank said in a statement announcing the devaluation.

Back in January 2011, the local currency was devalued by 16.4 per cent and government announced tax raises on alcohol, tobacco, gasoline and basic services as it sought to offset the impact of payments of overdue public worker salaries.