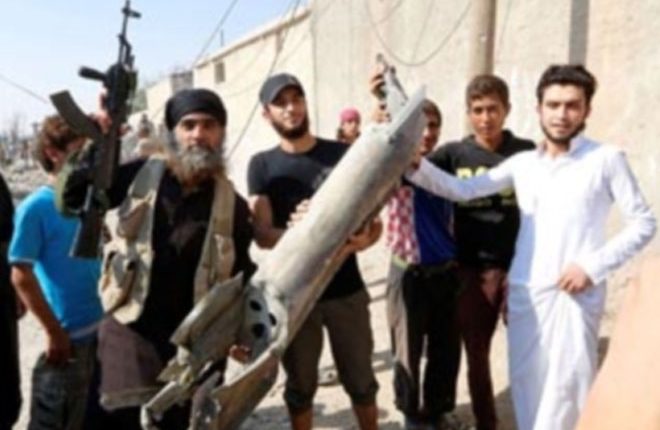 Paramaribo, Suriname (CMC) — Suriname police said a 16-year-old boy from Jamaica was refused passage through Suriname on Saturday after Immigrations officers suspected that he was travelling to join the Islamic State of Iraq and Syria (ISIS) through Turkey.

In a statement, the police said the teenager arrived at the Johan Adolf Pengel Airport on a flight from Jamaica, intending to transit to the Netherlands, from where he would travel to Turkey.

“He was denied entry to Suriname because we received information from a regional intelligence service that he wanted to join ISIS,” the police, without identifying the teenager.

The statement said that after the boy was interrogated and additional information received from Jamaica, the decision was made to send him back to Kingston on the next available flight.

The statement said the decision was made by the police chief, the Attorney General and management of the military police, which runs immigration services.

Police said his repatriation is the result of successful cooperation between local and international intelligence services.

“It sends a clear signal that Suriname is doing everything so the region does not become involved in terrorism.”

This case comes just weeks after the Jamaica Ministry of National Security in a statement on March 14 said there were no nationals fighting alongside ISIS.

The statement was issued following warnings last month from US General John Kelly, Commander of the United States Southern Command (US SOUTHCOMM), that about 100 nationals from several countries in the Caribbean and South America, including Jamaica, have joined ISIS and were returning to the region from where they could pose a threat to the US.

General Kelly said that the countries involved don’t have the ability to monitor those returning well.

In the statement, the Jamaica’s Security Ministry said “…it is possible that the reported comment may be the result of a misunderstanding”.

Suriname’s national security Chief Melvin Linscheer said that no one from Suriname has left the country to join IS training camps in the Middle East.

“As far as we know there are no Surinamers there,” he said, adding that if it did happen he would expect Suriname to be informed of the situation by the relevant authorities overseas.

He said it could be that people who have Surinamese roots but hold Dutch passports and who live in the Netherlands, travelled to ISIS training camps in Syria and Iraq.

“That is a problem that concerns the Netherlands, not us,” he said.