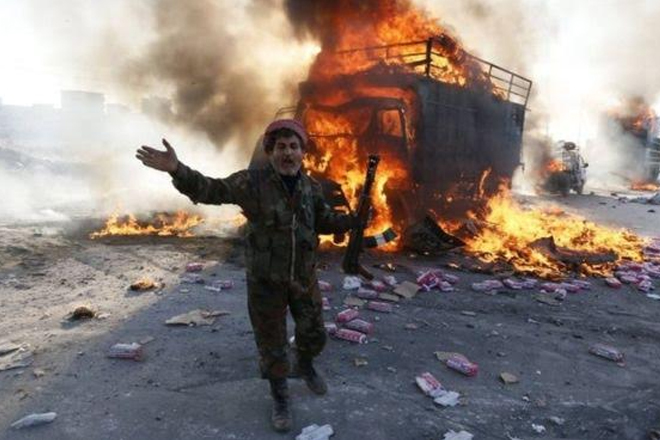 (BBC) World powers are meeting in New York to try to move forward a tentative plan to bring about a ceasefire in Syria.

Countries on both sides of the conflict are seeking to narrow considerable gaps which stand in the way of progress.

These include the fate of Syria’s president, which groups could join talks with the regime, and which should be classed as terrorists.

The UN Security Council is expected to later vote on a text backing the broad plan for a truce and negotiations.

It follows a meeting of the so-called International Syrian Support Group (ISSG) which met in Vienna in November and agreed on the parameters of a political plan for the war-torn country.

There, 19 countries, including Syria’s allies Russia and Iran, set a target of 1 January for the start of peace talks between the regime and the opposition.

The delegates signed a UN statement calling for a ceasefire to be agreed by 14 May 2016 and for free elections to be held a year later.

There are some smiles, but no answers. In two previous meetings diplomats agreed a broad timetable for a ceasefire and political negotiations. But that was the easy part.

Now they’re trying to forge a unified opposition delegation for the talks and decide which armed groups are terrorists. Russia and Iran, which back Syrian President Bashar al-Assad, have made clear they’re unhappy with the results so far.

And opposition groups are unhappy that there’s no mention of Mr Assad’s departure. The Western and Arab states that support them have accepted he’ll stay for part of the transition, but want guarantees he’ll eventually leave office.