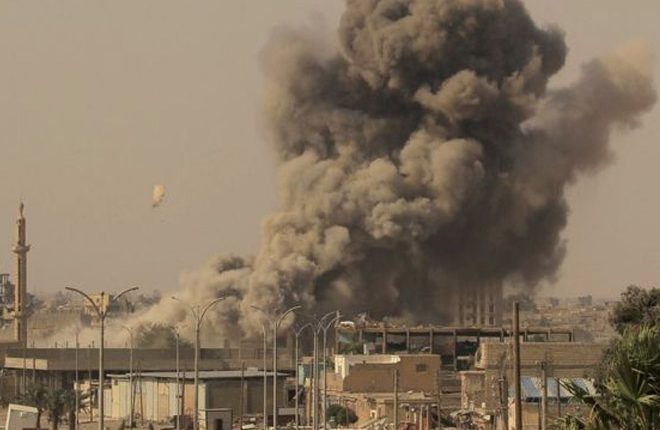 Syria war: US strikes on IS headquarters ‘kills 150 militants’

The US-led coalition against the jihadist group Islamic State (IS) says it has killed up to 150 militants in air strikes on a headquarters in Syria.

A statement said the strikes took place on Saturday near al-Shafah, in the Middle Euphrates river valley in the south-eastern province of Deir al-Zour.