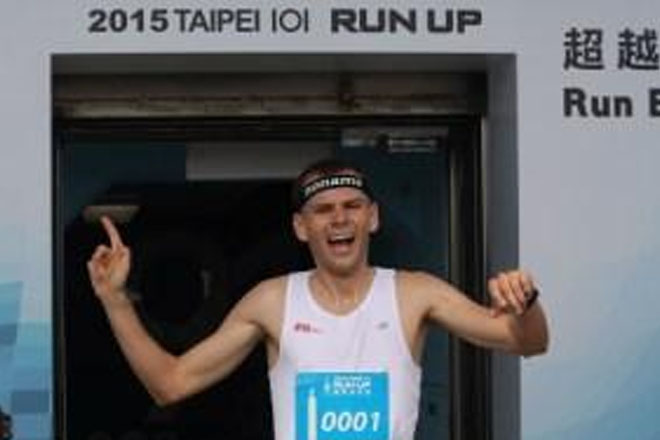 Over 4,500 professional and amateur athletes from 38 countries and territories worldwide contested the annual Taipei 101 Run Up Race May 3, climbing 2,046 stairs to the 91st floor of Taiwan’s tallest building.

Kuo Chun-ku and Chiu Li-ching were the first local runners past the post, winning the men’s and women’s top titles, respectively, at 12:53 and 19:39. The four gold medalists each earned a cash prize of NT$38,000 (US$1,236), as well as a trophy designed by renowned Taiwan artist Hsiao Ching-yang.

Taipei City Mayor Ko Wen-je, who finished with a time of 45:54, said as the first head of the local government to take part in the race since its launch in 2005, he is trying to set an athletic example for residents of the metropolis.

“In the lead-up to the 2017 Summer Universiade in Taipei, we are stepping up efforts to promote a healthy fitness regime and sowing the seeds of physical activity in every corner of the city.” (YHC-JSM)