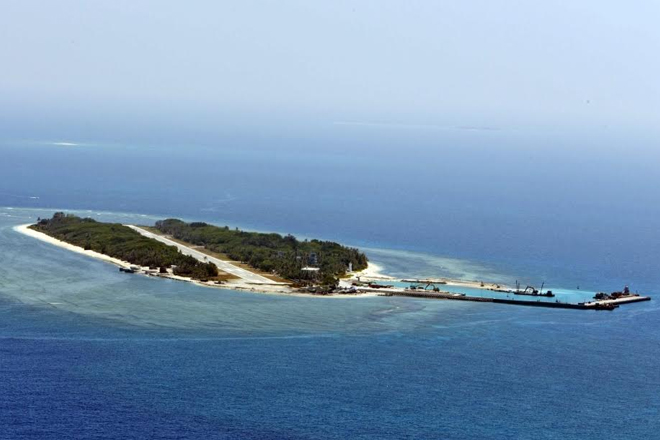 The following is a statement from the Embassy of the Republic of China (Taiwan) regarding the recent award rendered by the Permanent Court of Arbitration in the South China Sea arbitration initiated by the Philippines.

This Embassy deems it inappropriate on three points and fully supports four positions on the issue that the Republic of China (Taiwan) government maintains, which was held and raised by Premier Lin Chuan on July 14, 2016.

The aforesaid three points are as follows. First, the ROC is referred to as ‘Taiwan Authority of China,’ an inappropriate designation that is demeaning to the status of the ROC as a sovereign state.

Second, Taiping Island was not originally included in the scope of the arbitration, but the tribunal took it upon itself to expand its authority, declaring ROC-governed Taiping Island to be a rock. This decision severely undermines Taiwan’s rights in the South China Sea islands and their waters.

Third, during the arbitration process, the tribunal neither consulted with nor invited Taiwan to participate in the case. The award is therefore completely unacceptable and has no legally binding force on Taiwan.

We need to echo those four points that Premier further issued on the award. The first is that the ROC is entitled to all rights in accordance with international law and the U.N. Convention on the Law of the Sea over the South China Sea islands and their waters. He added that the government will continue to defend its sovereignty over the South China Sea islands, and will not tolerate any attempts to harm Taiwan’s national interests.

The next one is that the parties concerned should settle disputes peacefully through multilateral negotiations in the spirit of setting aside differences and promoting joint development. Taiwan is willing, through negotiations conducted on the basis of equality, to work with all parties to advance peace and stability in the South China Sea and to protect and develop the area’s resources.

The third position is that Taiwan should be included in multilateral dispute settlement discussions and must not be absent from any peaceful multilateral mechanisms in the future.

Without Taiwan’s participation, the mechanism cannot truly be effective in settling the area’s disputes.

Finally, Taiwan is eager to open multilateral dialogues with all interested parties in the South China Sea as quickly as possible, the premier said, adding that the government also wishes to promote peace and stability by establishing cooperation on non-security issues including South China Sea environmental protection, disaster relief, humanitarian assistance, scientific research and efforts to combat maritime crime.

Comprising numerous decisions, the July 12 award classified Taiping Island in the Nansha (Spratly Islands) as a rock and not an island. This would call into question the ROC’s rightful claim to a 200-nautical- mile exclusive economic zone on Taiping Island.

Strong statements rejecting its findings and reaffirming the ROC’s stance were immediately issued by the Ministries of Foreign Affairs, Interior, National Defense, as well as the Mainland Affairs Council and Office of the President.

Taiping Island, with an area of 0.51 square kilometers, is the largest naturally formed island in the Nansha Islands. It can sustain human habitation and an economic life of its own, and meets the criteria of an island as defined in Article 121 of the U.N. Convention on the Law of the Sea (UNCLOS). Therefore, the ROC enjoys full rights associated with territorial waters, a contiguous zone, an exclusive economic zone and a continental shelf in accordance with UNCLOS.