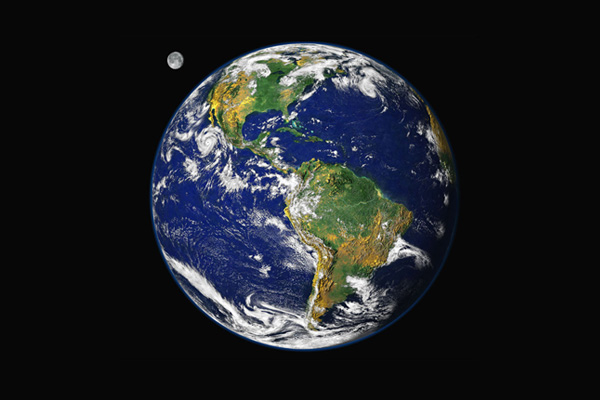 The Embassy of the Republic of China (Taiwan) in a statement said 10 allies last year voiced support for Taiwan’s meaningful participation in the UNFCCC at the high-level segment of COP18. Furthermore, 15 allies wrote to UNFCCC Executive Secretary Ms. Christiana Figueres in support of Taiwan.

Since 2009, Taiwan has garnered support from various parliamentary bodies for its meaningful participation in the UNFCCC. These include the European Parliament, the Central American Parliament (PARLACEN), the Association of Pacific Island Legislatures (APIL), the US Midwestern Legislative Conference (MLC) of the Council of State Governments, the Asian-Pacific Parliamentarians’ Union (APPU), the Council of State Governments/Eastern Regional Conference (CSG/ERC), the National Congress of Belgium, the Senate of the Republic of Colombia, the National Assembly of Panama and 23 US state legislatures (including state-level senates and houses of representatives).

The challenges posed by climate change have continued to grow during the past decade. As no country will be immune to the impact of global warming, it is of extreme importance that we address these challenges in a global manner to ensure our planet’s sustainable development.

Although the Republic of China (Taiwan) has been excluded from the UNFCCC and its related mechanisms, it remains keen to join international efforts aimed at saving energy and reducing carbon emissions. As a responsible member of the international community, Taiwan is committed to contributing to the fight against climate change, and is one of the few countries to have voluntarily announced reduction targets for carbon dioxide emissions.

According to the 2012 Key World Energy Statistics released by the International Energy Agency (IEA), Taiwan’s carbon dioxide emissions amounted to 270.22 million tons in 2010, making it the world’s 20th largest emitter with 0.89% of the total. Taiwan also ranks as the 20th largest emitter per capita, at 11.66 metric tons. It aims to bring national carbon dioxide emissions from fuel combustion back to 2005 levels by 2020, and to 2000 levels by 2025, in line with global trends in this field.

Moreover, Taiwan has decided to reduce its greenhouse gas (GHG) emissions by at least 30% relative to the business-as-usual (BAU) benchmark by 2020. This scale of reduction is much higher than that of countries with similarly sized economies and higher than the 15%-30% reduction target by 2020 based on BAU for developing countries proposed by the International Panel on Climate Change (IPCC).

In fact, the aforementioned efforts are beginning to pay off. Earlier this year, the Bureau of Energy of the Ministry of Economic Affairs released data showing that Taiwan’s carbon dioxide emissions were 248.7 million tons in 2012, a reduction of 1.9% compared to 2011, moving closer to the 2005 level of 245.2 million tons.

Taiwan continues to play an important role in terms of reducing carbon emissions by making effective use of its advantages in high-tech and design. Taiwan has made significant headway in upgrading its solar and wind power capacity. Currently, Taiwan is the world’s largest LED manufacturer and the second largest solar cell producer. It is also the world’s eighth largest manufacturer of 2MW wind turbine generators. In 2012 alone, the total investment in green industries in Taiwan was around US$1.44 billion. Total output exceeded US$12.5 billion, creating 65,100 job opportunities.

In addition, Taiwan has designed a series of clean energy projects for St. Kitts and Nevis, the Solomon Islands, the Marshall Islands, Tuvalu, Nauru, Palau, Kiribati, and Papua New Guinea. These projects include distribution of solar street lighting systems and installation of solar PV systems.

The Taiwan Embassy said direct and regular access to meetings and activities of the UNFCCC would enable Taiwan to better deal with the impact of climate change. However, in light of the realities of Taiwan’s unique political status, Taiwan has until now been represented by the Industrial Technology Research Institute (ITRI) as an observer in sessions of the Conference of the Parties (COP).

As an observer, delegates from Taiwan have only limited access to COP events. ITRI has been holding side events at COP sessions since 2010, so as to demonstrate Taiwan’s determination to join global efforts to combat climate change. However, Taiwan can only enhance its contributions if it is able to participate in COP and the UNFCCC in a more comprehensive manner.

Since May 2009, Taiwan’s Ministry of Health and Welfare has been invited to attend the World Health Assembly (WHA) as an observer under the designation “Chinese Taipei.” Meanwhile, on September 11 this year, the President of the Council of the International Civil Aviation Organization (ICAO) officially invited the ROC’s Civil Aeronautics Administration (CAA) to attend the 38th Session of the Assembly of ICAO as his guest under the name “Chinese Taipei.”

Since global warming has become one of the major threats to human development, there can be no gaps in global efforts to combat climate change. With its technological know-how and experience, Taiwan can be an important partner. Therefore, Taiwan strongly urges the international community to support its participation in the UNFCCC by granting the ROC’s Environmental Protection Administration (EPA) observer status in COP.

The establishment of the Ad Hoc Working Group on the Durban Platform (ADP) was discussed during COP17. Its purpose is to achieve another legally binding agreement under the Convention on mitigation targets, with universal participation by all countries. During SBI 36, held in the German city of Bonn in 2012, the Marshall Islands delegation put forward a proposal calling for the participation of non-party actors, such as Taiwan, in the Durban Platform, which was later included in item 36 (d) of the Report on the workshop on increasing the level of ambition under paragraph 8 of decision 1/CP.17 as follows: “Increasing engagement with groups such as networks of individual subnational governments, the International Council on Local Environmental Initiatives, the C40 Cities Climate Leadership Group, non-governmental organizations, the private sector, intergovernmental organizations and international think tanks.”

As parties and observers gathered in Bangkok for the Climate Change Conference in August 2012 to discuss the new agreement, which is to be adopted by 2015 and enter into effect by 2020, countries including the Marshall Islands, The Gambia, Burkina Faso and Palau expressed their view that non-party actors should take part in the Durban Platform. Other parties including Australia, the European Union, the United States, Brazil and Singapore expressed support for this proposal. We hereby call on the international community to support the engagement of non-party actors, such as Taiwan, to ensure an effective, inclusive, and ambitious agreement after the expiration of the Kyoto Protocol.

During COP16 in Cancun, it was decided by the parties that a registry to record Nationally Appropriate Mitigation Actions (NAMAs) would be set up to facilitate financial, technological and capacity-building support for these actions, and to recognize other NAMAs. The official registry is scheduled to be launched two months before COP19 is held this year.

According to paragraph 48 (FCCC/CP/2011/9/Add.1) of the COP17 report, COP further invites parties, as well as non-governmental organizations, to submit their NAMAs to the Secretariat, which indicates that Taiwan can also submit its NAMAs.

Taiwan has submitted action pledges in response to multilateral conventions on many occasions in the past. The Montreal Protocol on Substances that Deplete the Ozone Layer, ratified by 197 countries, was aimed at reducing the production of ozone depleting substances (ODS), thereby protecting the earth’s fragile ozone layer. It has been recognized as the most successful international legally binding treaty in history, as countries agreed to accelerate the reduction of ODS, allowing the ozone layer to gradually recover. Though not a party, Taiwan strived to control and phase out ODS by adhering to standards applicable to industrialized countries in the early 1990s, and phased out CFCs by 1996. Since 1993, through ITRI, the ROC’s EPA each year has submitted a report on regulatory measures and achievements, which is included in our UNEP ODS data reporting forms for the UNEP Ozone Secretariat. Taiwan’s efforts in proactively phasing out ODS have contributed to the effective international protection of the ozone layer.

Likewise, submitting Taiwan’s NAMAs to the UNFCCC’s registry would demonstrate our commitment to the international community in terms of combating climate change and would strengthen domestic support for efforts to meet emission targets.

By looking at past examples, as well as the efforts we have made in assisting our allies in fighting climate change, we firmly believe that we are well-qualified to participate in the UNFCCC as an observer, and we seek your support for Taiwan’s inclusion.