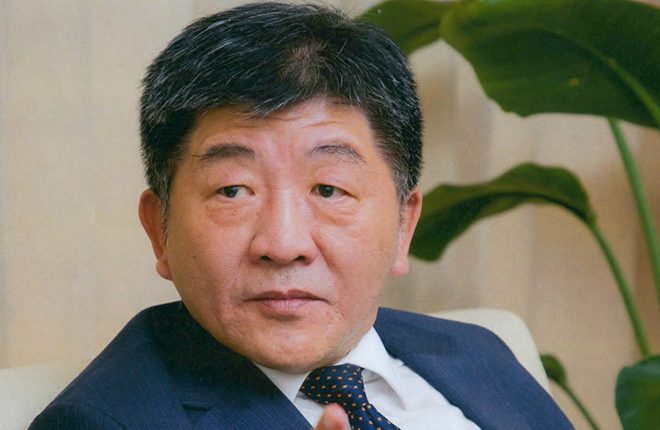 In the 1960s, Taiwan’s progressive health sector began the process of incorporating laborers, farmers, and government employees into the health insurance system. It is now widely regarded as one of the best in the world. The NHI ranked 14th in the 2017 Global Access to Healthcare Index of The Economist, and ninth in the 2018 Health Care Efficiency Index of Bloomberg Finance.

The success of Taiwan’s NHI can be attributed to several key factors. First, it adopted a single-payer model with contributions from individuals, employers, and the government. A supplementary premium is also charged based on payers’ income levels. Second, to control medical expenses, a budget payment system was adopted to set caps on healthcare costs paid by the government. Under these caps, Taiwan’s medical expenses accounted for only 6.4 percent of GDP in 2017, lower than the OECD average. In the same year, the NHI’s administrative costs were kept under 1 percent of its total budget, and the public satisfaction rate was 86 percent. Third, the NHI’s integrated preventive health care services and pay for performance programs have ensured a high quality of healthcare and encouraged continued improvement of health standards. Fourth, to reduce health inequalities, premium subsidies are provided to disadvantaged groups such as low-income households and the unemployed.

The provision of preventive and primary healthcare is the most cost-efficient approach to achieving universal health coverage. Taiwan’s Ministry of Health and Welfare has developed tools utilizing artificial intelligence and cloud computing to access the massive databases it has built over the past 24 years. For instance, the MediCloud system was launched to enable healthcare providers to query patients’ medical records within the NHI system, while the PharmaCloud system provides prescription drug information to physicians and pharmacists. Currently, through digital cloud tools, community-based primary care providers in Taiwan can retrieve test reports―including CT scans, MRIs, ultrasounds, gastroscopies, colonoscopies and X-rays―from secondary and tertiary institutions and receive prescription information.

These digital health technologies have enhanced care services in many ways. They have improved the quality of care and reduced costs, in terms of both time and money, by properly matching health services with the locations where these services are provided. They have also lowered the potential risks arising from repeated examinations. Related systems are patient-centered, meaning that they are organized around the complex needs and expectations of patients and communities, helping realize the concept of good hospitals in the community and good doctors in the neighborhood.

Taiwan has learned how to utilize its competitive advantages in information technology and medicine to deliver better care and enhance the health of the overall population. In response to the goals set by the Health Workforce 2030 of the World Health Organization (WHO), Taiwan has also provided scholarships for in-service programs and higher education to thousands of people, both Taiwanese and foreign nationals, in fields such as medicine, nursing, dentistry, healthcare administration and public health.

At a time when achieving universal health coverage has never been more urgent and important, Taiwan has actively sought to share its first-rate experience in healthcare reform. Regrettably, political obstruction has deprived Taiwan of the right to participate in and contribute to the World Health Assembly―WHO’s decision-making body. In the past two years, WHO has denied Taiwanese delegates, who represent the 23 million citizens of a democratic and peaceful country, access to the assembly. Nevertheless, Taiwan remains committed to enhancing regional and global health cooperation, sharing its experience and capacity in healthcare reform with countries in need, and making universal health coverage a reality by 2030.

Against this backdrop, we urge WHO to respond favorably to the widespread calls for Taiwan’s inclusion in the World Health Assembly and related technical meetings, mechanisms and activities. WHO should abide by its own principles of inclusiveness and universal participation. Taiwan is a worthy and reliable partner that can help countries around the world achieve the meaningful goal of universal health coverage by 2030.