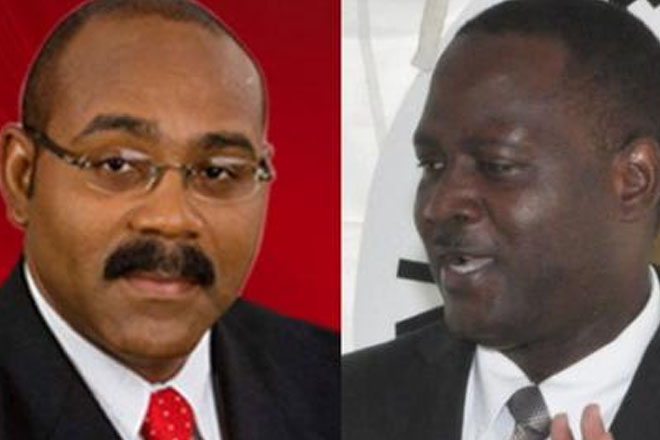 Bridgetown, Barbados (WINN) — Barbados has responded to Antiguan concerns over an alleged plan to wind up regional airline LIAT to facilitate the start up of a new Barbados-owned airline.

Antigua and Barbuda Prime Minister Gaston Browne recently condemned the alleged plan, warning that it could be the demise of LIAT and damage Antiguan interests in the airline.

Barbados and Antigua are two of the key shareholders in LIAT.

The commerce minister in Bridgetown has taken offence to Browne’s comments on the issue.

Barbados Today reports that “The outspoken minister of commerce Donville Inniss has told Antigua and Barbuda’s Prime Minister Gaston Browne to take a breath and have a sober conversation with his regional counterparts about LIAT, instead of making undiplomatic and outlandish statements.”

However, as WINN FM has reported, former Antigua and Barbuda Prime Minister Lester Bird, an MP of the governing Antigua Labour Party, says he fully supports the position taken by Browne on the matter.

Bird told The Bigger Picture that St John’s has the right to protect its LIAT interests, having invested heavily in the airline for decades.

“It has a right to do so, because we put more money into it that any other country. Barbados only latterly bought the shares, but Antigua has been putting significant sums of money into LIAT for donkey’s years, so we are concerned about what impact it would have on our economy. We have a right to do so,” Bird asserted.

“…And I wish somebody would sit down and work out all the contributions that Antigua has made to LIAT’s sustenance,” he added.

The LIAT debate has drawn comments from various quarters including those of former LIAT pilot turned critic, Barbadian Jimmy Lynch.

He said part of LIAT’s problem is the airline being subjected to politicians meddling in a highly technical business they know nothing about. Lynch accused them of having made regional travel impossible by raising all the taxes and fees and turning aviation into a cash cow.

Meanwhile in a letter to the editor, Kittitian writer Lorna Callender argued that the present issues of LIAT represent the lingering laxity of CARICOM leaders in strengthening the region’s integration.

Callender queried whether LIAT will be left to fend for itself, as though it were a private corporate entity like Sagicor or Massy Stores.