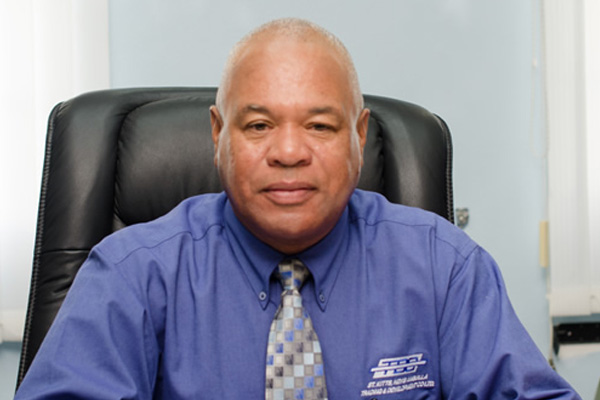 Basseterre, St. Kitts — Solaris Global Energy Limited and the TDC Group of Companies has officially launched it’s the completion of its photovoltaic system at a brief ceremony held the TDC Home and Building Depot on the Frigate Bay Road in Basseterre.

The project was officially completed last month and saw the installation of the largest photovoltaic (PV) energy system in St. Kitts and Nevis with a 72kW system at the company’s largest retail outlet.

Speaking at the ceremony, Mr. Michael Morton, Group Chairman, underscored the importance of the project to the business and of the environmental impact of the project.

“Today is indeed an historic day in the forty year existence of our Company. Te installation of this solar panel project will now allow the TDC Home and Building Depot to significantly reduce our electricity costs by fifty percent (50%), as we seek to reduce our dependency on fossil fuel and carbon emissions. Moreover, the insulation is also allow us to reduce our costs associated with cooling the building, said Mr. Morton.

The 72kW system will produce TDC approximately 370 kWHs per day totaling 11,100 kWHs per month. PV systems greatly reduce electricity costs and can even generate power to contribute back to the national grid.

Mr. Edward Toppin, Solaris Energy Limited Sales Manager in Barbados in giving remarks spoke of his company’s involvement in the initiative and what the project means for the local business house.

“The installation of this large-scale PV system with TDC is exciting for us especially since it provides a great example of the everyday application of renewable energy,” said Edward Toppin, Sales Manager of Solaris Global Energy. “We expect this to be the beginning of great things to come with TDC in St. Kitts as we grow our businesses while greening the region.”

“The Ministry of Energy is very pleased that TDC has taken the bold step to install PV panels on the TDC Home and Building Depot. This move is in keeping with the government’s plans to get everyone involved in our renewable and sustainable energy campaign,” remarked Mr. Lake.

The ceremony was attended by other Senior Management of the TDC Group, Representatives of Metropolitan Utilities Limited (the local firm who assisted with technical expertise) and Mr. Dwayne Hector, the Project Manager.

The TDC Home and Building Depot has been selling Solaris solar water heaters since 2012. The PV panel project forms part of an introduction of systems that will become available in the coming weeks for residential and commercial purposes.