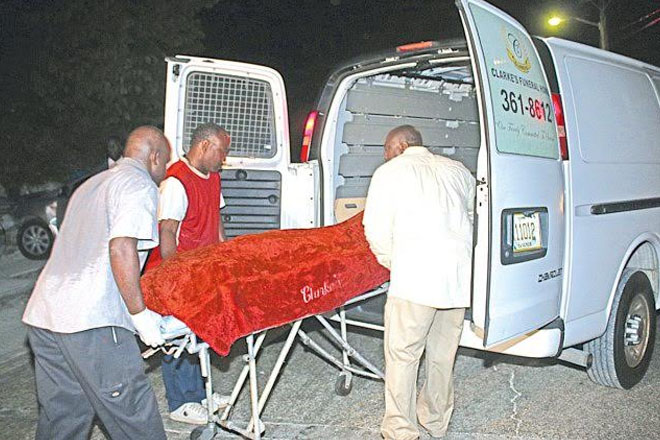 (Bahamas Local) Nassau, Bahamas – A teacher at Queen’s College was shot dead at the intersection of Parkgate Road and Village Road around 8 o’clock last night. This was the first of two murders police reported. The other happened nearby off Kemp Road.

Regarding the first incident, distraught relatives at the scene identified the woman as Joyelle McIntosh, a mother of two who taught elementary school children. Assistant Commissioner of Police Stephen Dean told reporters at the scene that police received reports of a car crash. When they arrived, they discovered the woman’s body in a Toyota Corolla with multiple gunshot wounds.

Asked about reports that a child was in the car at the time of the shooting, Dean said, “We are hearing that, but we have to do an investigation to determine if that is so. The car’s engine was still running and the lights were on when police arrived on the scene.

“At this stage, we do not know the motive of this incident,” Dean told reporters.

He appealed to anyone who was in the area last night to assist police if they can.

“It might be a small piece of information, but we need members of the public to assist us in determining what happened here tonight,” Dean said. “And I’m sure as the information unfolds we’ll be able to come back to the media and tell you more details. ”

Teachers and staff were in shock last night. Some gathered at the school upon learning of the murder. In a statement released after midnight, the school said, “The entire Queen’s College community is saddened beyond belief, shocked and horrified at the tragedy which befell the school earlier tonight in the shooting death of one of our Primary Years teachers.

“The late Mrs. Joyelle McIntosh was loved and respected by staff, students, parents, teachers and administrators. She was a committed, hardworking and devoted teacher, probably the best by way of example that you will find in The Bahamas – a proud Bahamian woman and mother of two incredible sons. Tonight, we weep with her family, friends and colleagues in this senseless loss of life.

“Our prayers are, beginning with ourselves, that we will not be satisfied to let this event pass off into our memories and we call on all people in this country to first of all pray and uphold the family, friends and colleagues in this tragic loss of life. We also call on every concerned person living in The Bahamas to do what they can to promote peace and end the violence.”

McIntosh was reportedly a member of Bahamas Harvest Church. Pastor Mario Moxey was at the scene of the crime. Many people also reacted in shock and horror on social media last night.

One woman said, “I travel Parkgate and Village Road every single day and sometimes several times a day. I was on that road tonight coming home. This is very unsettling. I bought into the theory that murders were not random but if this was indeed a random robbery then I am extremely frightened.”

Regarding the second incident, police said around 11 p.m. they were headed to the scene at Whites Addition, off Kemp Road. Police said two men were shot near St. Bede’s Church. One died at the scene. The other one was taken to hospital in an ambulance. The murder count for the year is 130, the highest ever in The Bahamas in recorded history.