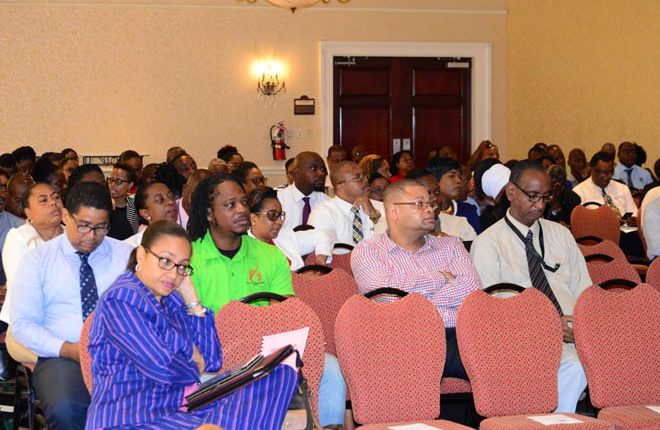 Prime Minister, Dr. The Honourable Timothy Harris says the Team Unity Administration looks forward to the inauguration of the Integrity in Public Life Commission and subsequent work, this important body will conduct. The integrity in public life act is intended to make provisions for a code of conduct and declarations of interest for public officials; for the offences of abuse of office, misconduct and neglect of duty.

The act also provides for the establishment of the Integrity in Public Life Commission, its powers and functions, and to provide for related or incidental matters.

Following the operationalization of the IPL act on Wednesday, July 11, Attorney General, the Honourable Vincent Byron conducted a forum at the St. Kitts Marriott Resort with public sector officials to discuss the act and its impact.

The government had earlier informed his Excellency the Governor General, Sir S.W. Tapley Seaton of its nominee to the commission and has been awaiting the nomination of the other members of the commission.

The legislation required the leader of the opposition to name one member with the Governor General holding the responsibility of appointing the commission’s chair.

The press unit in the Office of the Prime Minister said “it was not until last week that the opposition leader attended to this matter and submitted his nomination.”