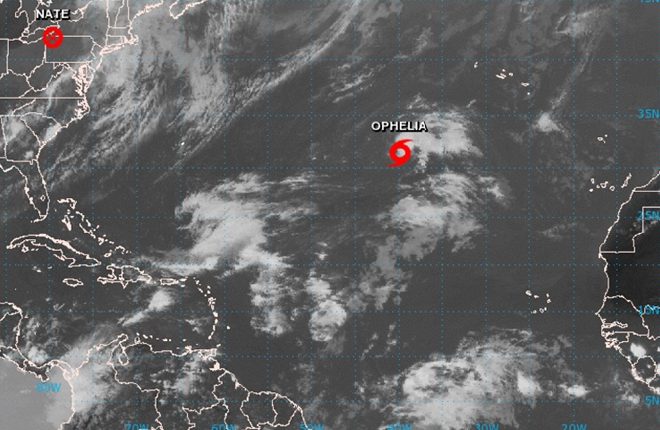 Another tropical storm has formed in the Atlantic basin, but forecasters say it currently poses no threat to the Caribbean.

Ophelia was named this morning in the National Hurricane Centre’s (NHC) 11 a.m. bulletin, when it said a tropical depression over the open Atlantic had strengthened into the 15th storm of the 2017 season, about 860 miles west southwest of the Azores.