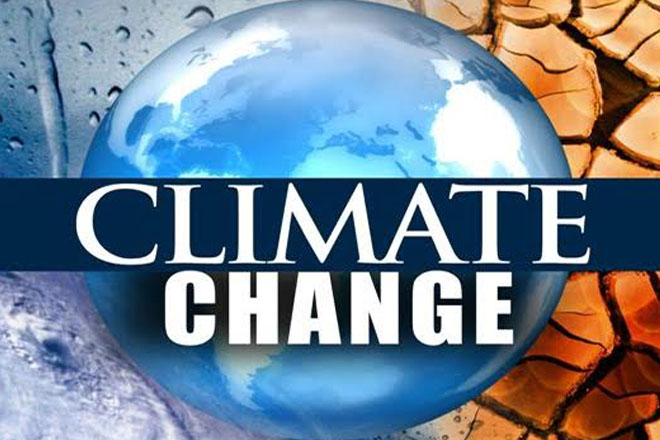 (Antigua Observer) The postcards portray sand, sea and sun. The Bahamas is a coral-based archipelago in the Atlantic Ocean, comprising 700 islands and cays that range from uninhabited to resort-packed. The northernmost, Grand Bahama, and Paradise Island, home to the sprawling Atlantis resort, are among the best known. Scuba diving and snorkeling sites include the massive Andros Barrier Reef, Thunderball Grotto (of James Bond fame) and the black-coral gardens off Bimini.

However, Prime Minister Perry Christie is warning that unless urgent actions are taken to reverse the devastating impacts of climate change, The Bahamas as we know it might soon be no more: “With 80 percent of our land within one metre or five feet of mean sea level, business as usual with regard to climate change threatens the very existence of the Bahamas as we know it.”

Hurricane Joaquin slammed into The Bahamas in October leaving an estimated 100 million dollars in damage to the central and southern islands. Joaquin went from a tropical storm to a near category five hurricane in 39 hours. Prime Minister Christie said this amounts to almost 10 percent of the country’s national budget. The Bahamas leader told the UN Climate Change Conference (COP21) underway in Paris: “After experiencing Hurricane Joaquin where the sea rose and took weeks to recede, it is beyond doubt to us the issue we face with the rise of the sea level. It threatens our very existence.” He said the experience with the hurricane also shows that existing insurance structures are inadequate and often rely on legalisms which deny legitimate claims.

The Bahamas and other Small Island Developing States are seeing unprecedented droughts, extreme weather events, accelerating sea level rise and other life threatening impacts and based on the science, more intense impacts are to be expected over time.

Christie said The Bahamas is now more vulnerable to climate change than in the history of that country adding that already where the global rise in temperature of less than 1 degree, The Bahamas is experiencing more intense storms and flooding: “Recognising that mitigation alone will not protect us, we have made concerted efforts to adapt to the adverse effects of climate change. We have strengthened building codes, built new coastal defenses and move to relocate vulnerable communities all through use of our own national resources. We have also outlined the actions that the Bahamas will take in its efforts to assume responsibility for the country’s greenhouse gas emissions. Among them is the development of indigenous renewable energy resources with the goal of increasing the percentage in the energy mix to a minimum of 30 percent by 2030.

Nassau is confident that these actions will minimise the country’s already nominal contribution to emissions and hopes to convert these contributions to legally binding commitments that will be captured in an annex to the Paris agreement….

Christie continued that The Bahamas, is facing growing public and international pressure to adapt to the impacts of climate change and is at the same time expected to pursue a low carbon pathway and increase energy security.

While he agrees that these are all very noble pursuits, he pointed out they are very “expensive and resource intensive”.

The Bahamian leader furthered that COP21 must adopt, at the end of next week, an international legally binding agreement under the convention that is in the form of a protocol and is applicable to all parties

“We must also agree a long term goal of keeping the average global temperature rise below 1.5 degrees Celsius. The 2 degrees goal which many espoused will lead to the loss of many countries and a 1.5 degree goal is not only desirable, it is achievable and feasible. Let us then send a clear message to the world that we will fight for countries like the Bahamas to stay on the map into the next century. The existential threat to the survival of a number of small island developing states must be explicitly recognised in the Paris Agreement.”