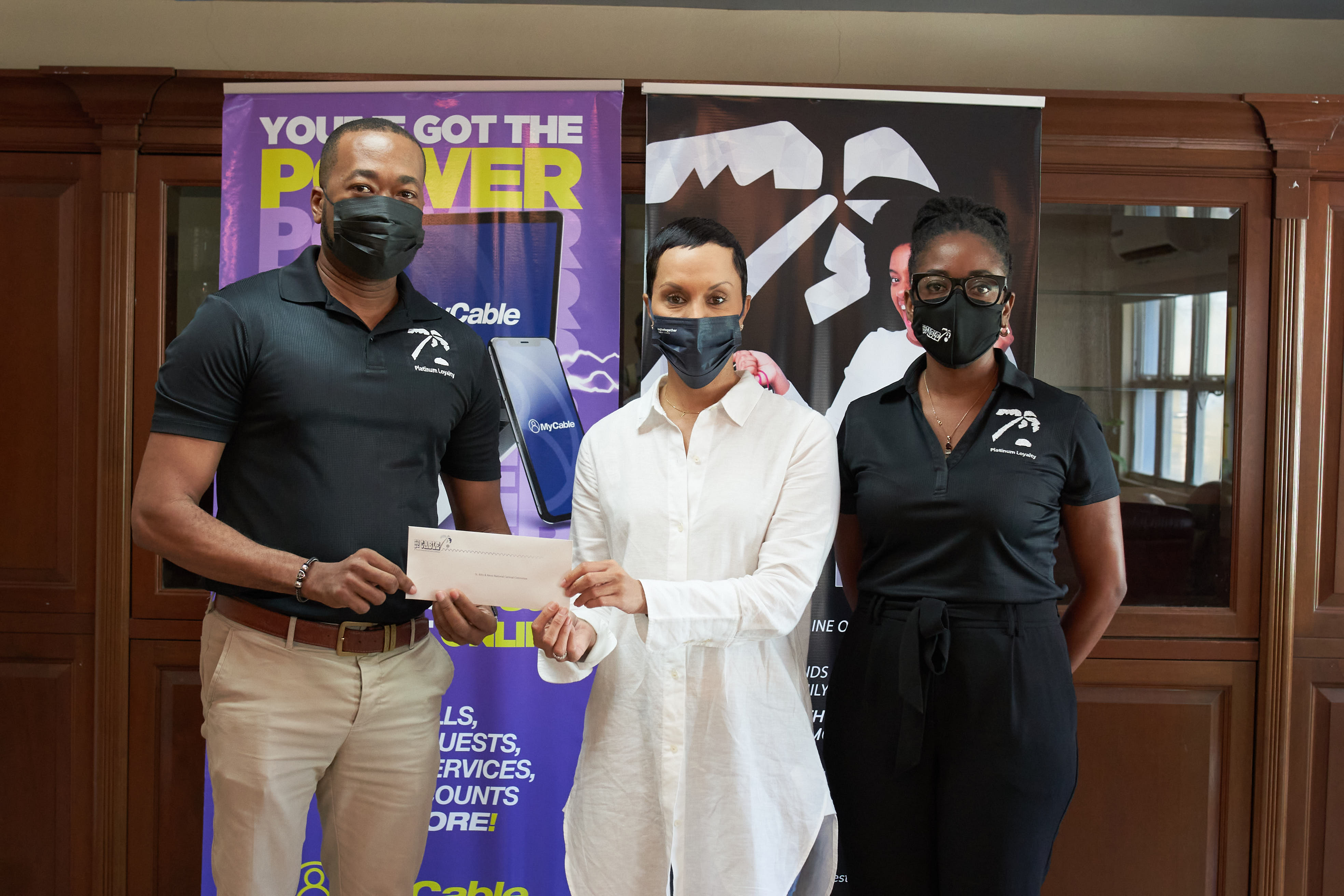 The Cable Says It Remains Committed To Carnival

The support from the corporate sector for this year’s celebration of 50 Years of carnival in St. Kitts and Nevis, is already being described as one of the most promising, in recent years.

The most recent demonstration of financial backing came on Friday morning, (1st October 2021), when one of the leading telecommunications companies stepped forward to renew its commitment to the staging of the annual cultural extravaganza, also known as Sugar Mas.

Chief Financial Officer, (CFO), of The Cable, Sheldon Mitchell, assured the head of the carnival committee, Shannon Hawley, that the company remains committed and is “really happy to be part of carnival 2021.”

Carnival is scheduled to run from December to early January, but pre-events, like a Song Competition, scheduled for 15th October, are already taking shape.

The CFO, who was accompanied by the Business Sales Manager of The Cable, Cashmine Hope, revealed that the company will serve as a Gold Sponsor and he went on to state that “This year, in light of the challenges faced by the pandemic, we saw it fit to come on board, to ensure that the Carnival Committee, (can) execute and showcase a flawless carnival to the world.”

Helping to power the National Carnival falls in line with the digitization goals that The cable has established for St. Kitts. The company, therefore, sees its sponsorship of carnival as an extension of its overall social responsibilities, especially for the attainment of a significant national milestone, as the 50th Anniversary of Carnival.

In addition to the direct support for the carnival, and recognizing the tough challenges faced by citizens who want to remain connected while on the go, The Cable has installed a FREE WiFi network that is available to everyone around the town of Basseterre.

Staying true to its motto of “More where it matters”, this initiative was propelled by the need for persons to have Internet access during the busy carnival season, and at a time when the need to communicate digitally is greatest, said an official of The Cable.

Carnival is the premier cultural event celebrated each year, and Mitchell reminded the Carnival Chair that The Cable has been sponsoring the festival for over two decades, ensuring that their customers, the Committee, and all patrons, are fully connected.

While accepting the cheque from Mitchell, Hawley promised that her Committee will build on the experiences of last year’s virtual presentation, when, during the height of the COVID-19 pandemic, they had to adapt to the new realities, delivering a social media-driven lineup of shows.

However, given the current heightened expectations of the public, Hawley and her team are planning a mixture of events that will see a return of the Swimsuit Contest and the Miss St. Kitts & Nevis Queen Pageant, as well as other signature features, including the Senior Calypso Competition and the return of the Soca Monarch contests in the Groovy and Power categories.

In 2020, the Committee also succeeded in delivering entertaining staples like the Steelband Contest, the Night of Icons, and a virtual J’ouvert.

Though details are still being worked out with the national COVID-19 Task Force, the hope is to have a hybrid of activities with limited live audiences. However, given the success of last year’s virtual episodes, fans overseas, especially Kittitians and Nevisians, will again be given the option to view the events via television, YouTube, Facebook, and other social media platforms.

This is why Hawley said that her Committee is so excited to have The Cable onboard “to power our National Carnival.”

This is the second Gold Sponsor partner announced this week. It was on Tuesday, 28th September, when St. Kitts & Nevis Development Bank also confirmed its support for Sugar Mas 50.