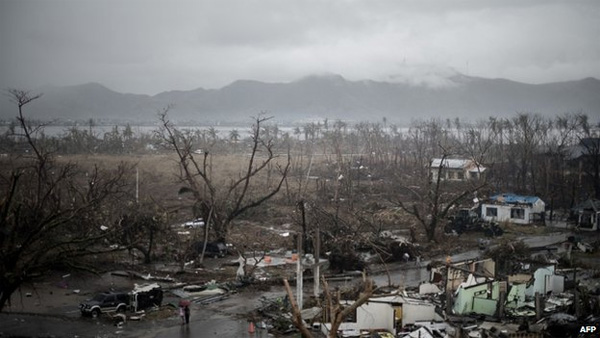 (BBC) At least 10,000 people are feared to have been killed by Typhoon Haiyan, which struck the central Philippines on Friday.

The UN says more than 11 million people are believed to have been affected by the storm, and some 673,000 displaced.

The BBC’s Jonathan Head, in the badly-hit city of Tacloban on Leyte island, says the main road from the airport to the city is clogged with refugees and debris, and that residents are becoming angry at the lack of progress and increasing breakdown in security.

Valerie Amos, the UN’s Under-Secretary-General for Humanitarian Affairs and Emergency Relief, has arrived in Manila to head the aid operation.