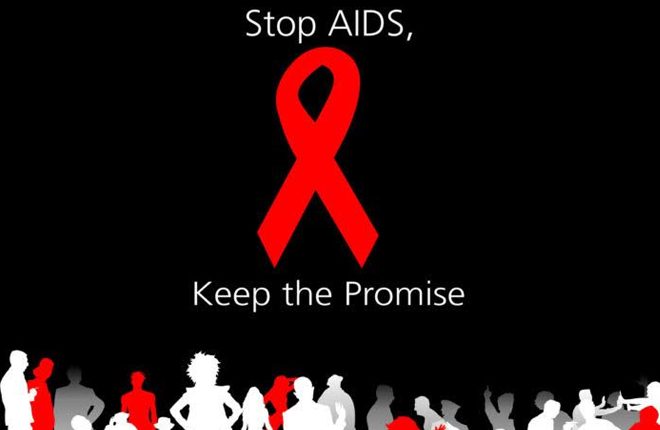 (SKNIS): This year’s theme for World Aids Day, which is observed each year on December 1 worldwide, underscores the importance of HIV (Human Immunodeficiency Virus) prevention in the fight against AIDS (Acquired Immune Deficiency Syndrome) and the need for more work to be done in educating people about the sexually transmitted infection.

The 2016 theme for World Aids Day is “Hands Up for #HIVprevention”.

“This year’s theme has been deliberately chosen to showcase the various aspects of HIV prevention; and what prevention means for vulnerable groups such as people living with HIV, key populations, and young women and girls,” said Minister of State with Responsibility for Health, Senator the Honourable Wendy Phipps on December 1.

Minister Phipps said that “as with all prior World AIDS Day observances since its inception in 1988, this year’s activities are meant to achieve a three-fold objective” which are “to remember those who have lost their lives to HIV, to acknowledge the progress made in response to the global epidemic, and renew the United Nations’ commitment to ending the AIDS epidemic—now with a targeted date of the year 2030.”

As we pause to remember the 35 million persons who have lost their lives to AIDS – and we stand in support of the 78 million others who have become infected with HIV since the start of the epidemic – we acknowledge how critical it is for us to do everything in our power to ensure that all infected persons receive treatment,” said Senator Phipps, while pinpointing that “we also must commit ourselves to the fight against stigma, discrimination and abuse of any kind, to which vulnerable groups are so often subjected.”

“It is also important that we fully inform ourselves about HIV, in order to stem the tide of ignorance and fear surrounding the infection that has transcended gender, age, race, social status and geopolitical boundaries,” said the minister of state.

“To date, there are approximately 36.7 million persons globally who are living with HIV, but only 18.2 million of them are receiving treatment. What is equally disheartening is the fact that women – and children under the age of 15 – account for almost 20% of the persons living with HIV. It is also sad to note that between 2015 and 2016 alone there have been over 2 million people newly infected with HIV,” she said.

World AIDS Day is one of the eight official public health campaigns which were marked by the World Health Organisation (WHO). The first ever global health day was observed for the first time in the year 1988. Various health organisations conduct World AIDS Day Speech programmes in every country.